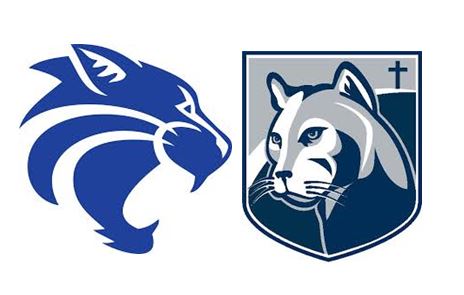 NEXT UP FOR WINNER: Will play in the state semifinal against Montesano or Meridian

GAME NOTES: Cascade Christian was the 1A Nisqually League champion. The Cougars dominated the league. But six of the eight teams had a losing record. The six non-playoff teams were a combined 4-14 in non-league games. The other playoff team, Charles Wright, lost 41-0 to Montesano in the first-round of the state playoffs. Cascade Christian had five consecutive shutouts in league play. The Cougars lost 34-29 to unbeaten Meridian, another 1A state quarterfinalist, in Week 3. After allowing just 20 points in its previous seven games, Cascade Christian allowed 53 to Nooksack Valley last week. Senior RB Madden Tobeck, son of former Seahawks center Robbie Tobeck, has rushed for 1,601 yards and 25 TDs. He has rushed for 100 yards in every game this season. Sophomore QB Parker Johnson has passed for more than 2,000 yards and 24 TDs. Tyquan Coleman leads the Cougars with 40 receptions for 982 yards and 11 TDs. Coleman rushed for 189 yards last week and 3 first-half TDs. He also had a 32-yard TD reception and returned a kickoff 87 yards for another score. Tobeck rushed for 216 yards and four second-half touchdowns last week. La Center was the 1A Trico League champion. No other Trico team survived the Week 10 playoffs. Last week’s 18-point win was the closest game the Wildcats have played since a 30-19 win over Hoquiam in Week 4. La Center opened with losses to Hockinson and Woodland, both 2A playoff teams. La Center also has a 48-20 road win over 2A playoff team Burlington-Edison. La Center is aiming for its second consecutive trip to the 1A state semifinals. RB Wyatt Dodson led Clark County in rushing with 1,278 yards in 10 games and 13 touchdowns. He rushed for 156 yards and 2 TDs last week after sitting out the Week 10 game with a sore ankle. He rushed for 321 yards and 5 TDs in a win over 2A Burlington-Edison. The Wildcats have had two other players have 100-yard rushing games (Colin Namanny, Tanner Dreyer), a testament to La Center’s rushing attack and strong offensive line. That line is anchored by Trico League MVP, OL/DL Jack Hiller. Hiller (6-5, 250) leads lines that have good size for a 1A team. QB Hayden Williamson has passed for 1,073 yards and 13 TDs. Evan Honore has 38 receptions for 580 yards and 5 TDs. Dodson was the Trico League offensive player of the year. Honore and 6-7 defensive end Wyatt Seibert were the defensive players of the year. Honore’s 92-yard interception return late in the first half was the turning point last week. Mount Baker, trailing 21-18, was driving for a go-ahead score. Instead, La Center went into halftime with a 28-12 lead. TD runs by Dodson and Williamson in the third quarter put the game away for La Center.ds.