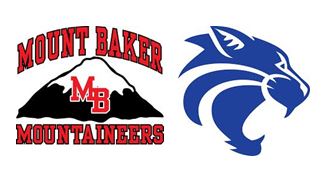 NEXT UP FOR WINNER: Travel for quarterfinal game against winner of Nooksack Valley-Cascade Christian

GAME NOTES: Mount Baker was the No. 2 team from 1A Northwest Conference. The Mountaineers lost twice to unbeaten Meridian (52-29 and 26-15) and to Nooksack Valley (26-14). This game is a rematch of last year’s 1A state quarterfinal won by La Center 25-13 when Mount Baker was undefeated. The Mountaineers are led by rushing duo of Carson Brandland (718 yards) and Carson Engholm (1,001). They have combined for 26 TDs. Kaleb Bass has passed for 988 yards and 9 TDs. Thomas Barbo has been Bass’ primary target with 48 catches for 773 yards. This is the sixth straight season Mount Baker has reached the state playoffs. Last week, Bass threw for 175 yards and 3 TDs. La Center was the Trico League champion. The Wildcats have won eight in a row since opening the season 0-2 with losses to 2A playoff teams Hockinson and Woodland, scoring at least 30 points in each of those wins. La Center has reached state six of the last seven years. This is the fourth time in the last six years Mount Baker and La Center have met in the state playoffs. Wyatt Dodson led La Center in rushing with 1,122 yards and 11 TDs. Colin Namanny rushed for 497 yards and 7 TDs. Both players were rested last week because of injuries, and Tanner Dreyer rushed for 160 yards against Forks as the Wildcats rushed for 369 yards. QB Hayden Williamson has passed for 1,032 yards and 12 TDs on the season. Evan Honore was the Wildcats’ leading receiver with 34 catches for 539 yards and 4 TDs. Jackson Leslie had 22 catches for 315 yards and 7 TDs.