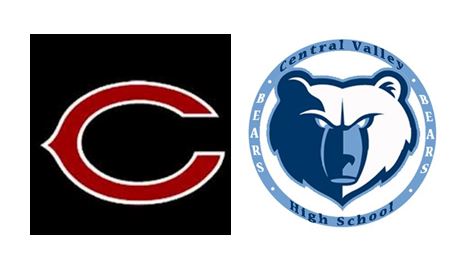 NEXT UP FOR WINNER: Host a state quarterfinal game vs. winner of Bothell-Skyline

GAME NOTES: This game is schedule to be played on Central Valley’s grass field unless the weather worsens, then it would be moved to a turf field in the Spokane area. Central Valley was the Greater Spokane League champion, having beat Gonzaga Prep 24-14. It was Central Valley’s first outright league title since 2008. The Bears’ lone loss came in Week 1 to Coeur d’Alene 29-27. Coeur d’Alene played that game without its standout quarterback Colson Yankoff. Yankoff was back with the Vikings when they lost to Camas 28-25 three weeks later. Central Valley had a Week 2 game with Lake City canceled by poor air quality. Hunter Chodorowski (691 yards, eight TDs) and Ryan Harper lead the Bears’ ground attack. QB Grant Hannan has passed for 1,400 yards and 15 TDs. He rushed for 100 yards and two TDs last week. Receiver/defensive back Austin Tomlinson has been an all-purpose standout returning kicks. He had a 67-yard punt return for a TD last week. Camas had a 58-game regular-season winning streak ended by a 14-13 loss to Union in Week 9. That made the Papermakers the No. 2 seed from the 4A Greater St. Helens League. QB Kyle Allen has passed for 2,312 yards and 23 TDs. Drake Owen has 58 catches for 926 yards and 9 TDs, Ryan Rushall has 42 catches for 561 yards and 4 TDs. Will Schultz is the top rusher with 593 yards and 9 TDs. The defense shined in a shutout of Auburn Riverside. Isaiah Abdul had an interception and blocked a field goal attempt. Schultz forced a fumble and had a sack, as the Papermakers notched their second shutout of the season.ds.