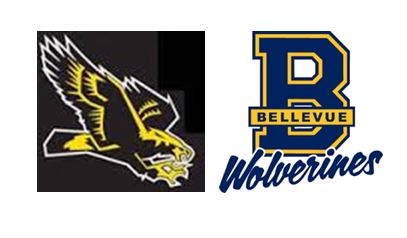 2016 PLAYOFF FINISH: Hudson’s Bay did not qualify; Bellevue was banned from postseason.

GAME NOTES: In September, the WIAA lifted a postseason ban against Bellevue that had been imposed last year for violations that ranged from recruiting to out-of-season coaching. Bellevue’s lone loss came in Week 1 in a 24-21 loss to Richland, last year’s 4A state runner-up. The Wolverines have non-league wins over 2A powers Tumwater (30-13) and Archbishop Murphy (35-21). Bellevue rolled through its KingCo Conference schedule, outscoring foes by an average of 43-7. Hudson’s Bay had its best season since 2001. The Eagles narrowly missed securing the No. 2 seed from the 3A Greater St. Helens League when Kelso beat Bay on a last-second touchdown last week. The Eagles secured the No. 3 seed by beating Prairie in a tiebreaker on Monday. QB Brian Perez has passed for 1,563 yards and 13 TDs. RB Marco Cadiz has battled through an injury-filled season, rushing for 289 yards and 2 TDs. Carter Morse led Bay with 32 catches for 515 yards and 5 TDs. Quadrese Teague scored nine touchdowns over the last five games (two on kickoff returns, two on interceptions returns, one TD reception and four TD runs). He also had a TD catch in Bay’s Monday tiebreaker.