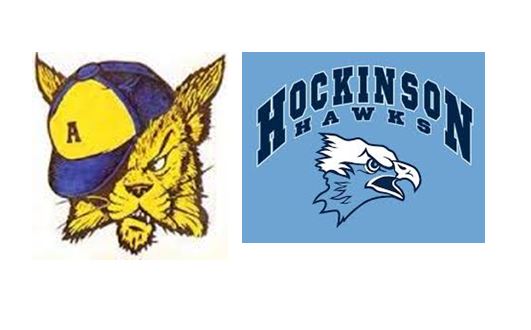 GAME NOTES: Aberdeen is the No. 4 team from the 2A Evergreen Conference. This is the Bobcats’ first postseason appearance since winning a three-team tiebreaker to advance in 2013. Kylan Touch was the workhorse in Aberdeen’s playoff-clinching win over Centralia. He rushed 39 times for 261 yards and four touchdowns. He carried the ball 39 of the Bobcats’ 52 plays from scrimmage. He has rushed for nearly 1,800 yards this season and is Aberdeen’s career rushing leader. Against Tumwater, Touch was held to 23 rushing yards, 14 of which came on a fake-punt run. Now the Hockinson defense, which has held opponents to 15 points or fewer in eight of nine games this season, gets its chances to slow Touch. Hockinson had its game last week stopped in the third quarter after a fight broke out. While Aberdeen runs the ball, Hockinson throws the ball. QB Canon Racanelli has passed for 2,487 yards and 34 TDs. He is also the Hawks’ top rusher with 385 yards and 13 TDs. Sawyer Racanelli has 49 receptions for 1,111 yards and 17 TDs. Hockinson is 2-8 in these Week 10 district playoffs, with two wins coming in 2014 and 2015.