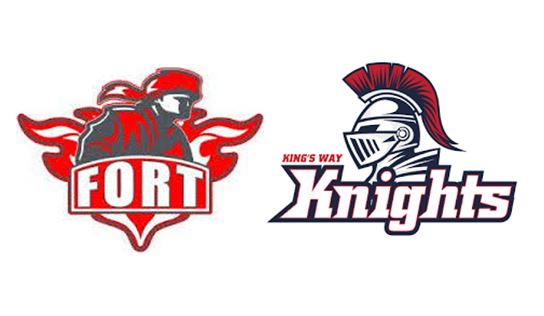 GAME NOTES: This is a game of fresh beginners for both programs. Tom Schroeder took over as King’s Way Christian’s coach in the summer after Colby Davies left for a college job in Florida. The Knights lost 27 seniors off last year’s team that reached the district playoffs, and more players when Seton Catholic opted to play its own independent schedule — last year the Cougars combined with King’s Way. At Fort, former Washington State standout and NFL running back Steve Broussard takes over for Cal Szueber. Broussard is trying to bring excitement to the Trappers, but has a lineup of young players. This is a key early-season test for both programs.