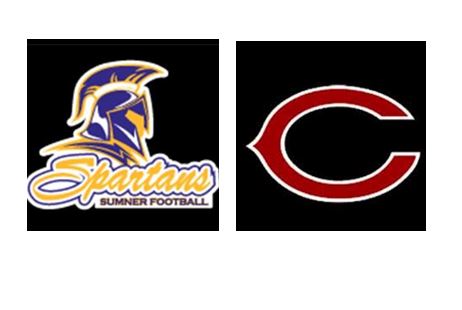 GAME NOTES: Sumner is the 4A South Puget Sound League champion. The Spartans have reached state in the past five seasons, but this is their first trip to the semifinals since 1977 when they won the state title. Sumner reached the semifinals with playoff wins over Glacier Peak (47-14), Monroe (58-42) and Woodinville. Sumner has outscored opponents by an average of 42-19. The Spartans are led by RB Connor Wedington. The University of Washington commit and Tacoma News Tribune’s All-Area Player of the Year has rushed for 1,460 yards, 2,048 all-purpose yards  and 24 TDs. Wedington injured his shoulder four weeks ago and attempted to play through the injury. However, a second opinion last week showed the injury was worsening and he was told sit out the rest of the season. Juniors Tre Weed and Ben Wilson have filled the void admirably. Weed has rushed for 1,083 yards and 15 TDs. He also has 31 catches for 612 yards and 10 TDs. Junior QB Luke Ross, son of coach Keith Ross, has passed for 1,936 yards and 26 TDs. On defense, Wilson is the Spartans’ leading tackler with more than 110 tackles. Weed has six interceptions. Sumner and Camas have one common opponents – Graham-Kapowsin. Sumner beat the Eagles 34-27 on Sept. 22. Camas beat Graham-Kapowsin 55-6 in the state first round. Camas is the 4A Greater St. Helens League champion. This is the Papermakers’ seventh consecutive trip to state, the last five as a 4A team. Camas reached the semifinals by beating Enumclaw (56-0), Graham-Kapowsin and Skyline. Camas has outscored opponents 46-12. Camas is led by senior QB Jack Colletto, the 4A Greater St. Helens League offensive player of the year. Colletto has passed for 2,509 yards and 25 TDs. He has also rushed for 1,080 yards and 19 TDs, including a season-high 209 yards on 25 carries last week against Skyline. Cooper McNatt had a big day last week against Skyline with six catches for 106 yards and 2 TDs. McNatt is Camas’ top receiver with 45 catches for 879 yards and 9 TDs. Linebacker Michael Matthews, a University of Montana commit and the 4A GSHL co-defensive player of the year, leads the defense, which held Skyline to 253 yards last week.