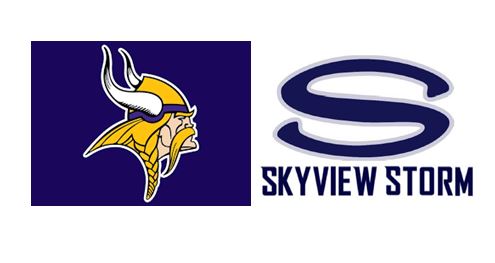 WHEN, WHERE: 3 p.m. Saturday at Kiggins Bowl.

GAME NOTES: Skyview was the No. 2 team in the 4A Greater St. Helens League. Lake Stevens was the WesCo Conference champion. Lake Stevens won its first 10 games by an average margin of 48-9 before scoring a touchdown in the final minute to beat Bellarmine Prep. None of the Vikings’ opponents are still playing. Three of Skyview’s opponents are still playing – Camas, O’Dea, Eastside Catholic. Those are the three teams to beat the Storm this season. The last time these two teams met was in the 4A semifinals in 2011, when Skyview won 38-14. The Vikings also reached the state semifinals last season, losing to Skyline 37-34. Lake Stevens graduate a talented senior class from last year’s team, including QB Jacob Eason, who is now at Georgia. Connor Bardue has stepped in at quarterback. The junior has passed for 2,780 yards, 40 TDs with 5 interceptions this season. He passed for 208 last week against Bellarmine, including the go-ahead 22-yard TD pass to Jake Rasmussen with 25 seconds left. Rasmussen has 35 catches for 744 yards and 15 TDs. The Vikings have four players with 27 catches or more. Senior RB Blake May has rushed for 1,506 yards and 19 TDs. Lake Stevens punter Michael Wilkins suffered a broken ankle last week. Skyview QB Brody Barnum has passed for 2,229 yards and 20 TDs. RB Hayden Froeber (967 yards, 10 TDs) is the Storm’s leading rusher, but he’s been slowed by a hip injury. They’ve looked to others for contributions. Last week, it way Dyvon Green, who rushed for  160 yards on 10 carries. Tavis Pinkney (46 catches, 703 yards, 6 TDs) and Jeremiah Wright (35-624-7) are the top receivers. The Storm tried to find the right fit at kicker after problems with special teams last week. If the game is close, that could be crucial. Skyview gave up 245 yards to Chiawana RB Andrew Vargas last week, most coming in the second half.