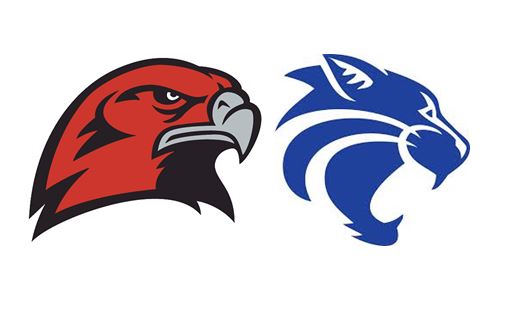 1A STATE FIRST ROUND

WHEN, WHERE: 7 p.m. Friday at Beaver Stadium, Woodland HS

GAME NOTES: Port Townsend was the champion of the 1A division of the 2A/1A Olympic League. The Redhawks’ three losses came to 2A Sequim  (27-26) and lopsided losses to ranked 1A teams Mount Baker (56-7) and Cascade Christian (42-0). The Redhawks are making their consecutive trip to state after making its first trip last year since 2004. Port Townsend held Charles Wright to 20 rushing yards last week. Redhawks senior QB Berkley Hill rushed for 200 yards on 19 carries and scored two TDs last week, with 103 yards coming on two carries. Detrius Kelsall rushed for 70 yards and two TDs last week and caught a TD pass from Hill. Hill passed for 103 yards and  also recovered a fumble in the end zone for a score. La Center is the Trico League champion. The Wildcats had a string of four consecutive trips to state snapped last season. In those four previous trips, La Center went 2-2 in the first round. La Center is 4-6 in first round games at state dating back to 2002. The Wildcats have scored at least 26 points in every game this season. They have won nine in a row since a season-opening loss to 2A Hockinson. QB Jeremy Scott was the Trico League MVP. He has passed for 1,411 yards and 16 TDs and rushed for 329 yards and 7 TDs. RB Jeffrey Mayolo has rushed for 1,178 yards and 14 TDs.