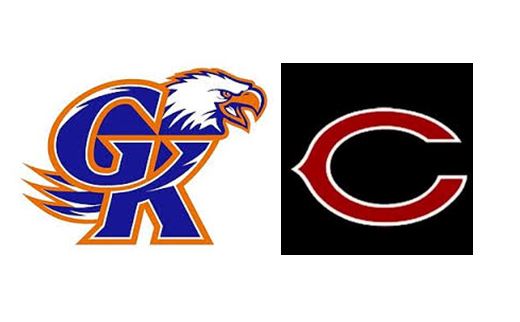 WHEN, WHERE: 7 p.m. Friday at Doc Harris Stadium, Camas

GAME NOTES: Graham-Kapowsin is an 11-year-old school in Graham, just south of Puyallup. This is the Eagles’ fourth trip to the state tournament, and third trip in a row. The Eagles reached the semifinals in 2014 and quarterfinals last season. Graham-Kapowsin was the No. 2 team in the South Puget Sound League. The Eagles’ lone loss came to unbeaten Sumner (34-27) on Sept. 22. The Eagles have played only two games outside the SPSL – a 47-6 win over Arlington (3-7) and last week’s playoff win over Kentlake. The Eagles’ top player is senior lineman Foster Sarell (6-6, 315 pounds), who has narrowed his college choices down to Stanford, Washington, Notre Dame, Nebraska and Alabama. Sarell opens running lanes for RB Micah Smith, who is coming off a 250-yard, 3-TD game against Kentlake. Smith has rushed for 1,969 yards and 25 TDs for the season. Camas was the 4A Greater St. Helens League champion. The Papermakers are led by 4A GSHL offensive player of the year Jack Colletto and co-defensive player of the year Michael Matthews. Colletto has passed for 2,131 yards and 21 TDs. He has also rushed for 747 yards and 16 TDs. Cooper McNatt (36 catches, 755 yards, 6 TDs) and Drake Owen (38-592-7) are the leading receivers. Matthews, a 6-2, 205-pound linebacker, has committed to Montana. Camas has won in the first round of state five of the past six seasons.