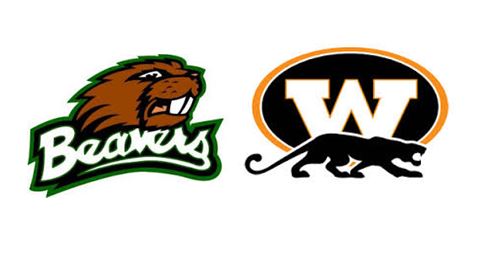 WHEN, WHERE: 7 p.m. Friday at Fishback Stadium, Washougal HS

GAME NOTES: Woodland is 2-1 in league; Washougal is 2-2. The winner of this game will have the inside track to claim one of the 2A GSHL’s three district playoff berths. In their wins, the Beavers have found success in the running back. But injuries, first to Tristan Thomas and then to Levi Orem, have really hurt the ground assault. The Beavers managed only six net yards on the ground last week. Receiver Tyler Flanagan, who has 38 catches for 509 yards on the season, has become the No. 1 rushing option. That puts more pressure on QB Wyatt Harsh, who has thrown for 1,008 yards and 7 TDs. Washougal QB Ryan Stevens passed for 178 yards last week, giving him 925 yards for the season. Tyler Bowlin caught six passes for 159 yards last week. He has 20 catches for 500 yards for the season. Washougal has also struggled for consistency with the ground game.