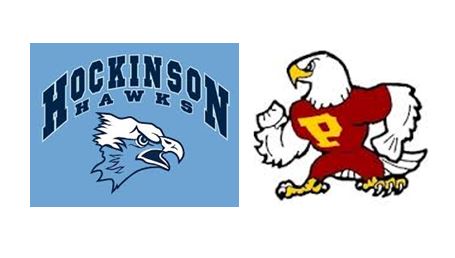 WHEN, WHERE: 7 p.m. Thursday at District Stadium, Battle Ground

GAME NOTES: Hockinson relied heavily on QB Canon Racanelli and the passing game last week, gaining 374 through the air but only 44 on the ground. Matt Henry had seven receptions for 136 yards and four TDs. Devan Riggs had four catches for 128 yards, including an 81-yard TD reception. The Hawks led La Center 46-21 after three quarters before the Wildcats closed the game in the fourth. Prairie was quite the opposite against Heritage, gaining 237 yards on the ground, but only 38 through the air. QB Kevin Aguirre rushed for 107 yards and one TD; RB Carson Slagle gained 64 yards and a TD. Hockinson has won the last two meetings, 41-0 in 2014 and 40-14 in 2015.