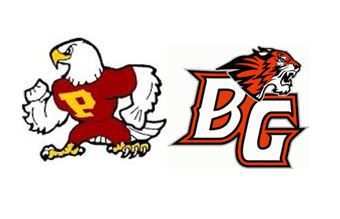 Game notes: With six wins already in the books, Battle Ground has posted its best win total since going 6-4 in 2003. The last time the Tigers posted seven wins in a season? 1991, when they went 8-2. Battle Ground hopes a loss by Skyview or Mountain View will put the Tigers right into the Week 10 playoffs. The most likely scenario however have the Tigers, Storm and Thunder being involved in a three-team tiebreaker on Monday in Camas for the last two playoff spots. The Falcons and Tigers have split the last four meetings in this rivalry.

The Prep Proletariat says: Look for the Tigers to get up early on the Falcons, then get some young guys some playing time. BATTLE GROUND 42, PRAIRIE 0