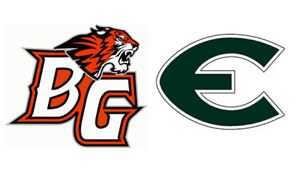 Game notes: Gunner Talkington had a season-low 119 yards passing last week. Look for him to have a big bounce-back game. The Tigers have two league games left, this week and next vs. Union. If they win both they will be assured of no less than a tie for second place in the league. Dustin Nettles continued his strong season for the Plainsmen with five catches for 50 yards.

The Prep Proletariat says: The Tigers are two wins from assuring that their season won’t end on Oct. 30. That makes this a must-win. They’ll get it. BATTLE GROUND 42, EVERGREEN 13