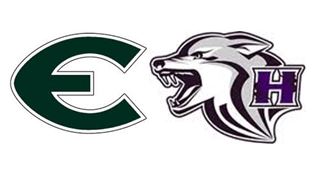 Players to watch: Evergreen QB Payton Monda has completed 17 of 22 passes for 248 yards and two TDs. Heritage QB Gavin Lee has passed for 241 yards and rushed for 202 yards and 2 TDs.

Game notes: 4A Greater St. Helens League opener for both teams. … Evergreen has won the last three meetings. … Monda, a former Heritage player, has been the Plainsmen’s most consistent offensive performer. … Evergreen RB Nathaniel Trevino has rushed for 4 TDs. … Marquis Sampson has rushed for 172 yards. … Heritage all-league RB Kalani Umiamaka has rushed for 202 yards and 2 TDs … Last week, the Timberwolves had three players rush for 87 yards or more. … Heritage WR Nick Somboun has 10 catches for 127 yards.

The Prep Proletariat says: “As you would expect in a close matchup, turnovers will be the key. Turnovers fueled Todd Beamer’s rally over Evergreen. If the Plainsmen get the early lead this week, they had better not let up. Heritage can wear a team down late. This could come down to QB play: Monda’s efficiency vs. Lee’s pass-and-run threat. Efficiency limits turnovers. EVERGREEN 26, HERITAGE 20.”