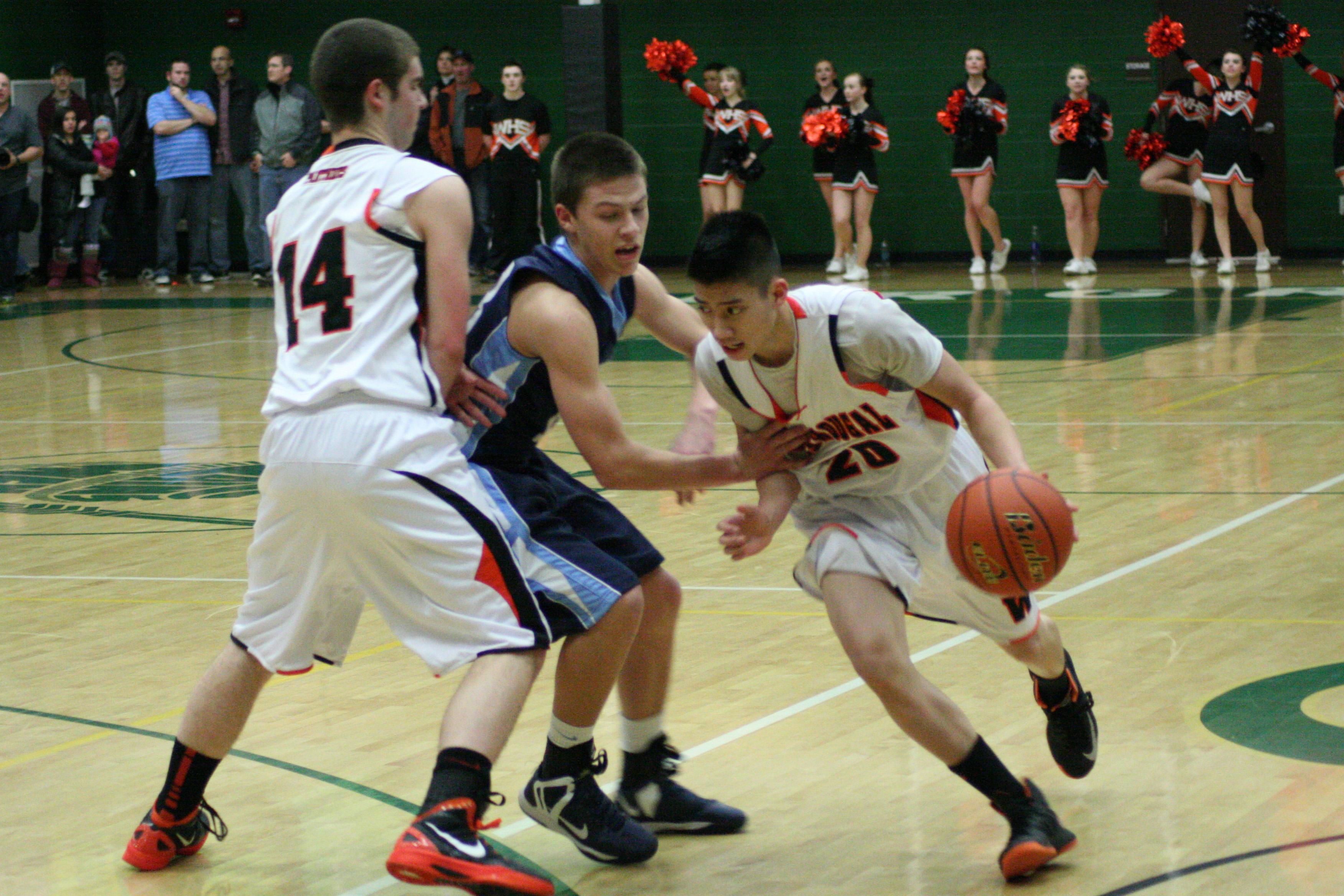 Sean Guthrie sets a screen for Austin Tran during the consolation finals of the district tournament Feb. 19, at Evergreen High School. Washougal and Hockinson battled into overtime, where the Hawks prevailed 67-53.

Outlook: The Hawks return seven seniors who played for last year’s team that reach the state round of 16. The one-two backcourt punch of Haagen and Klodt will make the Hawks hard to match up with in league. The Hawks also have a new coach in Trevor Person.

Outlook: The Monarchs have a run 13 consecutive outright or shared league championships. The Monarchs sport four players who are 6-foot-5 or taller.

Outlook: After a big season last year, the Panthers look to find new leaders on the court. Tran, an honorable mention all-league pick, brings the most experience to a young team that hopes to contend for a district playoff berth.

Outlook: Led by all-leaguers Aguirre, Wonderly and Braaten, the Wildcats look to challenge for the top spot in the Trico League this season.

Outlook: Buffum takes over the program from Aaron Shepherd, who went to Mountain View. The Beavers are still getting adjusted to Buffum, but they return seven players, which gives them a lot of experience. Huddleston is a four-year starter at Woodland and a first-team all-league pick last year.

Outlook: Seniors like Becker, Coval and Ickert are trying to blend with talent young players and also a new coach. Harmeling was a standout at Washington State. Walter is a 6-foot-7 sophomore and one of the top players in the county for his age, Harmeling said.