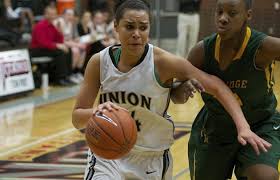 Outlook: The Papermakers return just two letterman, and All-Region point guard Brenna Khaw is out with a knee injury. Camas will need younger players to step up to compete.

Outlook: In Jackson, Evergreen has a post player who is taller and stronger. Doyle is expected to play a bigger role as Evergreen looks to contend for a playoff berth.

Outlook: The Storm get Jocelyn Adams back after she missed last season with a knee injury. Adams (Weber State) is one of two Division I players on the roster. Ward-El (San Diego) is the other. That gives the Storm a chance to return to their 2011 form when they won the state title.

Outlook: The Titans return five starters, including three who have made college commitments: Chatman (BYU), Anderson (Colorado State-Pueblo) and Vanderpool (Southern Oregon). Petrie is also a four-year starter at Union, giving the Titans and talented and experience roster that expects to contend for the league title.