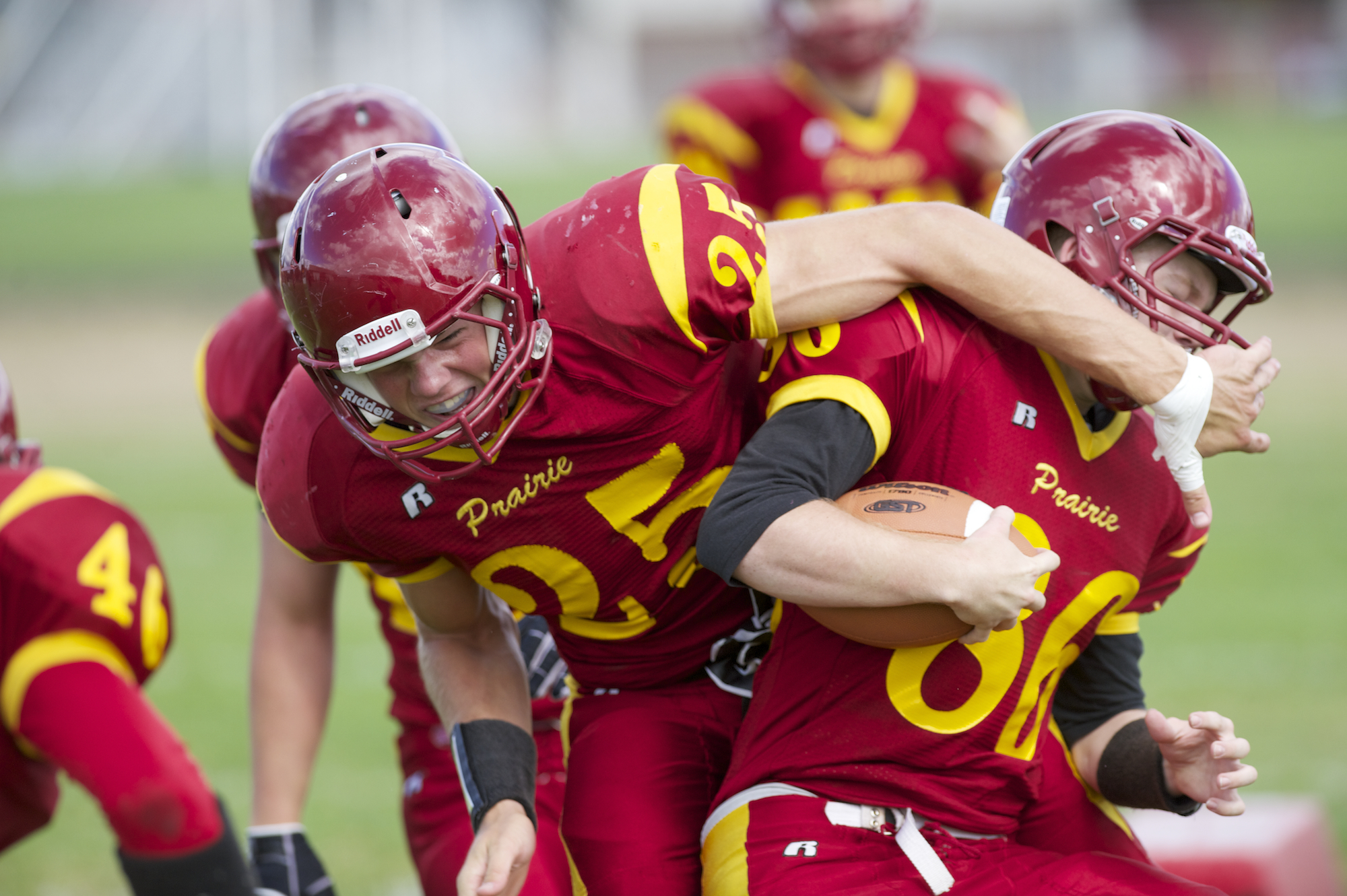 Predicting Week 1 outcomes may be the biggest challenge of the prep football season.

A lot of our projections is based on preseason reports from coaches.

Also, getting preseason information on some teams also can be challenging.

Given all that, we take our first swing at our weekly prep projections.

When, where: 5 p.m. Friday at McKenzie Stadium

Game notes: What experience the Chieftains lack on the field, they have on the sideline in coach John O’Rourke, one of the most tenured coaches in Clark County. The Timberwolves remember their game against River as one that got away from them. Standiford, Mack and Duran have been starting since their sophomore seasons.

When, where: 5 p.m. Friday at Kiggins Bowl

Stat pack: Justin Straup (573 yards, 5 TDs) and Justice Murphy (549 yards, 4 TDs) led Evergreen in rushing in 2012. Kobey Eatonpassed for 441 yards and 5 TDs. Jordan Suell passed for 1,270 yards and 6 TDs as a sophomore for Fort. William Doty was his favorite target. Doty was fifth in the region with 540 receiving yards and 2 TDs.

Game notes: This is a matchup of two first-year coaches: Don Johnson Jr., at Evergreen, and Todd Quinsey at Fort. But this game comes down to numbers. Johnson was able get twice as many players out for football than last season. Several Trappers won’t have enough practices to participate in the opener, limiting the roster size.

When, where: 7 p.m. Friday at District Stadium, Battle Ground HS

Game notes: Battle Ground ran over R.A. Long last season with a bruising back and a big offensive line. But most of those players are gone as the Tigers look for new leaders. R.A. Long returns a very experienced and explosive team. But are the Lumberjacks talented enough to lead a 2A school to knock off a 4A school on its home field?

Game notes: Jesuit reached the 6A Oregon state semifinals last season and is the top-ranked team in the state this season after opening its season with a 28-21 win last Friday over No. 4 Lake Oswego. Camas reached the Washington 4A state semifinals and returns most of its starters, including QB Hennessey who has committed to Eastern Washington. This is not only the game of the week, it may be the game of the regular season in Clark County.

When, where: 8 p.m. Friday at Kiggins Bowl

When, where: 8 p.m. Friday at McKenzie Stadium

Game notes: The Thunder return an experienced group, but so does Union. Mountain View found trying to rush against the stingy Titan defense problematic last season. They look to get better and mix things up. Union brings in a balance attack.

When, where: 7 p.m. Friday at Fishback Stadium, Washougal HS

Game notes: This is the fourth consecutive meeting between the Panthers and Eagles, with Washougal winning each of the previous games by increasing margins. Second-year coach Sylvester Green looks to reverse that trend for Bay. But with the Panthers returning a veteran line, that will make it hard for Bay from keeping Washougal breaking in its new turf field with a win.

When, where: 7 p.m. Friday at Nautilus Field, Hockinson HS

Game notes: Elma, led by all-league receiver Todd Swinhart, like to spread the ball around on offense, so expect a lot of action on the field as Hockinson likes to do the same with four-year starter Jess Krahn at QB. Both programs look to build on last year, but the Hawks look to be a bit ahead of the Eagles.

When, where: 7 p.m. Friday at Ridgefield High School

Stat pack: Dalton Ries caught 8 passes for 93 yards in 2012 for Ridgefield. QB Jonah Roberts passed for 262 yards in limited action as a sophomore.

When, where: 7 p.m. Friday at Stevenson High School

Game notes: Stevenson QB Brandon VanPelt returns for his third season of varsity play. With three returning starters on the line, Stevenson expects to be more competitive in 2013. But it might not be enough to get past a solid Toledo squad.

When, where: 7 p.m. Friday at Ilwaco High School

Game notes: Ilwaco was hit hard by injuries last season, thinning out the numbers. The Fishermen open 2013 in a more healthier state, but that won’t be enough to overcome the Wildcats.

When, where: 7 p.m. Friday at Castle Rock High School

Game notes: Seton is the smallest school in the state playing 11-man football, but the Cougars made strides to be more competitive towards the end of 2012. With a majority of incoming freshmen turning out for football, the future is getting brighter. But Castle Rock is an established playoff contender in the Trico.

When, where: 7 p.m. Friday at Chinook Stadium, Kalama HS

Stat pack: Woodland QB Hunter Huddleston passed for 1,059 yards and 12 TDs in 2012. Eli Whitmire anchors the running game with 990 yards and 19 TDs. Kyle Hendrix was Woodland’s leading receiver with 13 catches and 317 yards, 6 of which went for TDs.

Game notes: The pick: Kalama was once a power in 1A football in SW Washington. But the Chinooks have hit hard times with only about 30 players out for the program. The Beavers have about 70 with many playing big roles in last season’s playoff run.