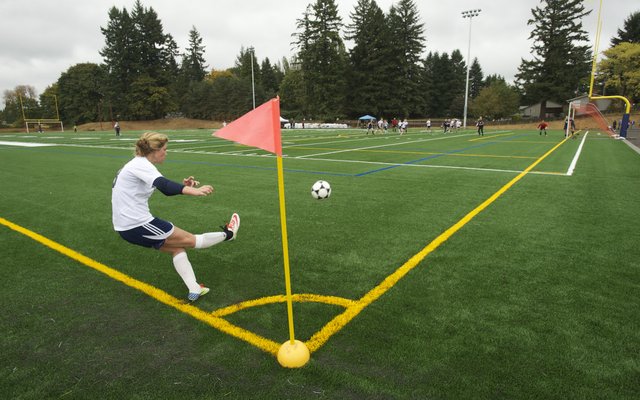 Ridgefield High School is putting the final touches this week on the installation of a new turf field (see above image), joining the growing list of schools replacing its grass fields.

Earlier this summer, Washougal, which installed a turf field at Fishback Stadium more than a decade ago, replaced its turf field with a new surface. That means Class 2A Greater St. Helens League football teams will be playing on two new turf fields this season. In addition to those stadiums, Camas and Prairie high school have turf surfaces at on-campus fields.