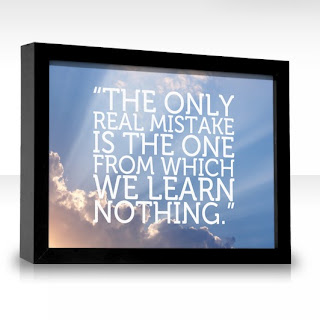 As a young girl, out of curiosity I placed my hand on the red burner. Ouch! I quickly learned, a red burner means it’s hot. I never done that again.

As an adult, I was driving down the highway in a new area of town I accidentally took the wrong exit. Oops! I never took that exit again.

Trivial mistakes like those are a part of life. So, are not so trivial mistakes, like my latest. As you know, healthy living is a relatively new concept for me. I’ve been obese the better part of my life (see previous post) so I know all to well how to be inactive and eat unhealthy.

Anyhow, I had been working out and eating healthy for about three years — the best run of my life — when all the sudden my professional life became hectic and I started slipping off of my program. I’m an all or nothing kinda gal so when I wasn’t able to workout I also began making poor food choices. Before I knew it, it had been six months before I seen the inside of a gym and I had an expanded waist line to prove it.

I beat myself up about it. Hung my head some, but such is life (see previous post). I have to learn from it and move on. What I learned: I can’t afford to not workout. I can’t  eat what I want when I want. I have to set a routine and stick to it even when life becomes hectic.  This is no fad. There are no quick fixes. I’m in it for the long haul. This is a lifestyle.

I’ll never touch a red burner again, I’ll never take that exit off the highway again, and I’ll never travel off my path of healthy lifestyle quite the same again. Mistakes made, lessons learned.

“The only real mistake is the one from which we learn nothing.”