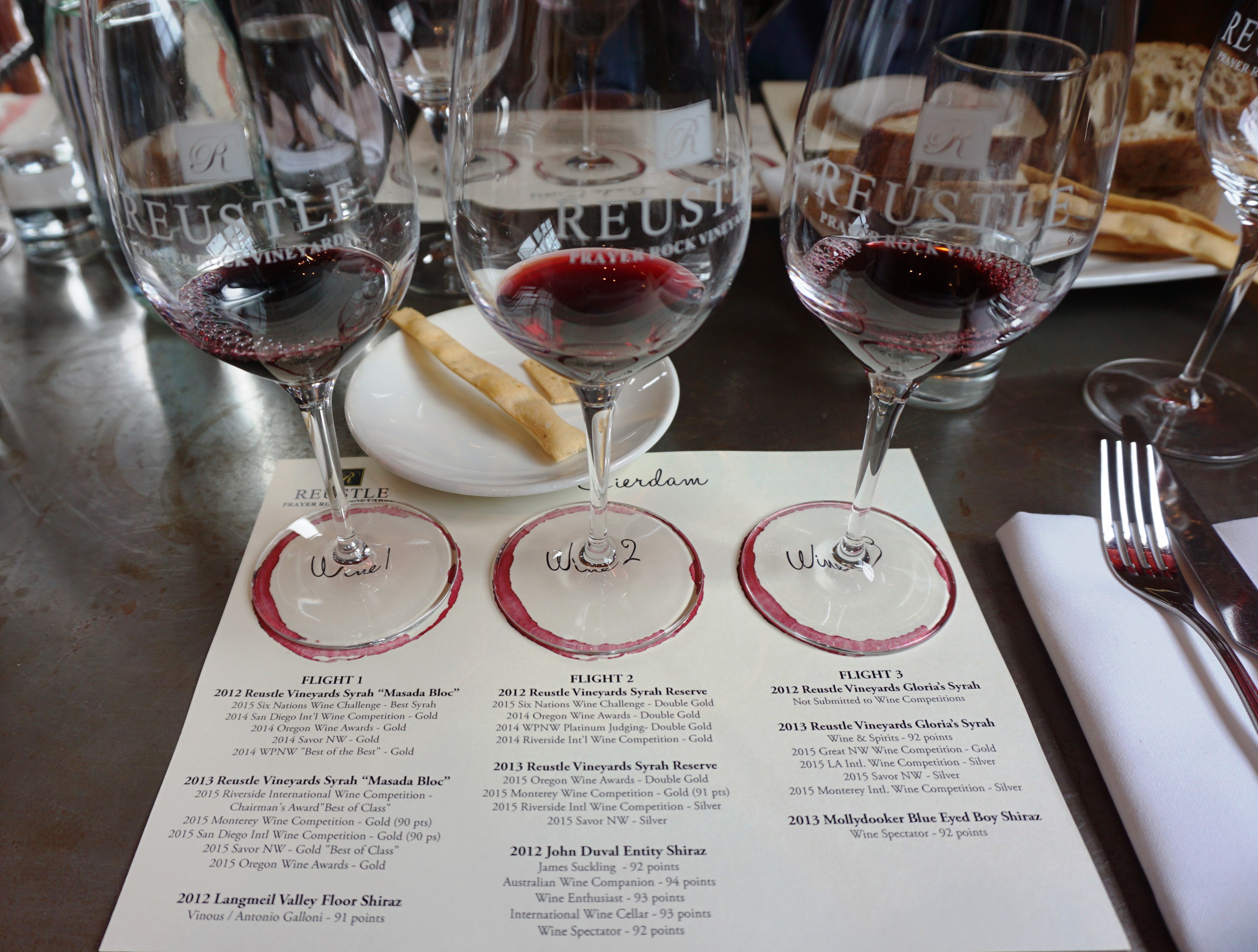 Stephen Reustle, owner and winemaker at Reustle – Prayer Rock Vineyards, and his wife, Gloria, held their first media luncheon ever at The Bent Brick in NW Portland recently to celebrate their Six Nations Wine Challenge win with their 2012 Syrah Masada Bloc. Viki Eierdam

Up against stiff competition from the rest of the United States, Argentina, Chile, New Zealand, South Africa and Australia—where the epic event was held and the country that enjoys a world-renowned reputation for their Shiraz—Roseburg, Oregon’s own Reustle – Prayer Rock Vineyards won top honors with their 2012 Syrah Masada Bloc. The impact of these recent events is predicted to bring the same flurry of interest to the Umpqua Valley as the historic 1976 blind Paris winetasting did to Napa Valley when Château Montelena’s 1973 Chardonnay won the white wine section of this game-changing competition.

Already known as the first winery in the U.S. to produce grüner veltliner, Reustle – Prayer Rock Vineyards is no stranger to recognition in the wine world. This 8,000 case per year winery has racked up over 400 medals in the seven years it’s been entering competitions. Stephen’s all estate-grown grapes are a representation of 14 varietals planted on 40 acres of hillside. To celebrate what Stephen referred to as “an absolute highlight in my life,” he and his wife, Gloria, held their first media luncheon ever at The Bent Brick in NW Portland recently. Owner and chef, Scott Dolich, paired Reustle’s syrahs with beautifully fresh, tried and true ingredients that bring out the smoky characteristics of this varietal like earthy chanterelle mushrooms and peppery Belgian endive in the salad, chanterelles garnishing the tender hanger steak and semolina fried onions and even a smoked butter to spread atop Ken’s bread between bites. Interestingly, I noticed the bread was not as popular as it normally is because Reustle’s syrahs are not the high alcohol bombs of old. He intentionally keeps them at a food-friendly, under 14 percent range rather than the 16.5 percent 2013 Mollydooker Blue Eyed Boy Shiraz in one of our flights that made my eyes start watering before I even took a sip. Stephen’s beautiful wife, Gloria, smiles as he describes Gloria’s Syrah, ‘masterfully both simple and complex, she captivates you with her vibrant color, seductive aroma, and exotic body,’ “and I’m talking about the wine,” he clarified. Viki Eierdam

There’s an elegance and complexity in Reustle – Prayer Rock’s wines that evolves as each glass is allowed to open up. The front of the palate is greeted with intense black fruit and as the wine makes its way from mid-palate to the back the pepper, licorice and baking spice characteristics introduce themselves and intensify with the warming of the wine to body temperature.

A special treat of the luncheon was the opportunity to taste their first U.S.-produced 2005 Grüner Veltliner which is a big white wine grown widely in Austria that has the acidity to stand up to long cellar aging. After 10 years, it presented luscious and full-bodied.

Reustle – Prayer Rock Vineyards is open for tastings from 10 a.m.-5 p.m. Tuesday-Saturday. The sit-down wine tasting and appetizer pairing in their stunningly-created wine cave is a highlight of any visit.