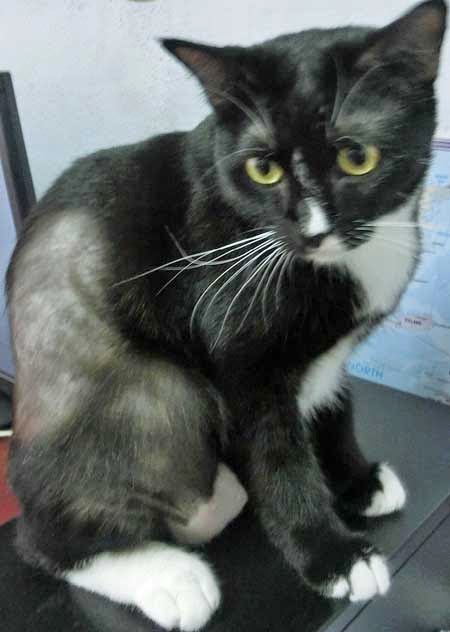 Hair loss in cats, otherwise known as alopecia, can be either partial or complete, according to animal dermatologists. And although it occurs for a variety of reasons, the most common one is skin allergies. Cats may, in the course of their lives, get acquired alopecia, a symptom of a disease, not a disease itself, and veterinarians are the ones tasked with diagnosing its source. Happily, most affected cats’ hair does grow back, given time and the appropriate treatment.

Consider, then, the six most common conditions behind cat alopecia.

Occasionally, cats will engage in compulsive over grooming because they’re suffering from neuropathic pain due to nerve damage in their skin. In rare cases, they may even over groom and lose hair for psychological rather than physical reasons, such as severe anxiety following a particularly stressful event. Concerned about YOUR kitty’s hair loss? Simply bring her to the vet for a thorough examination.