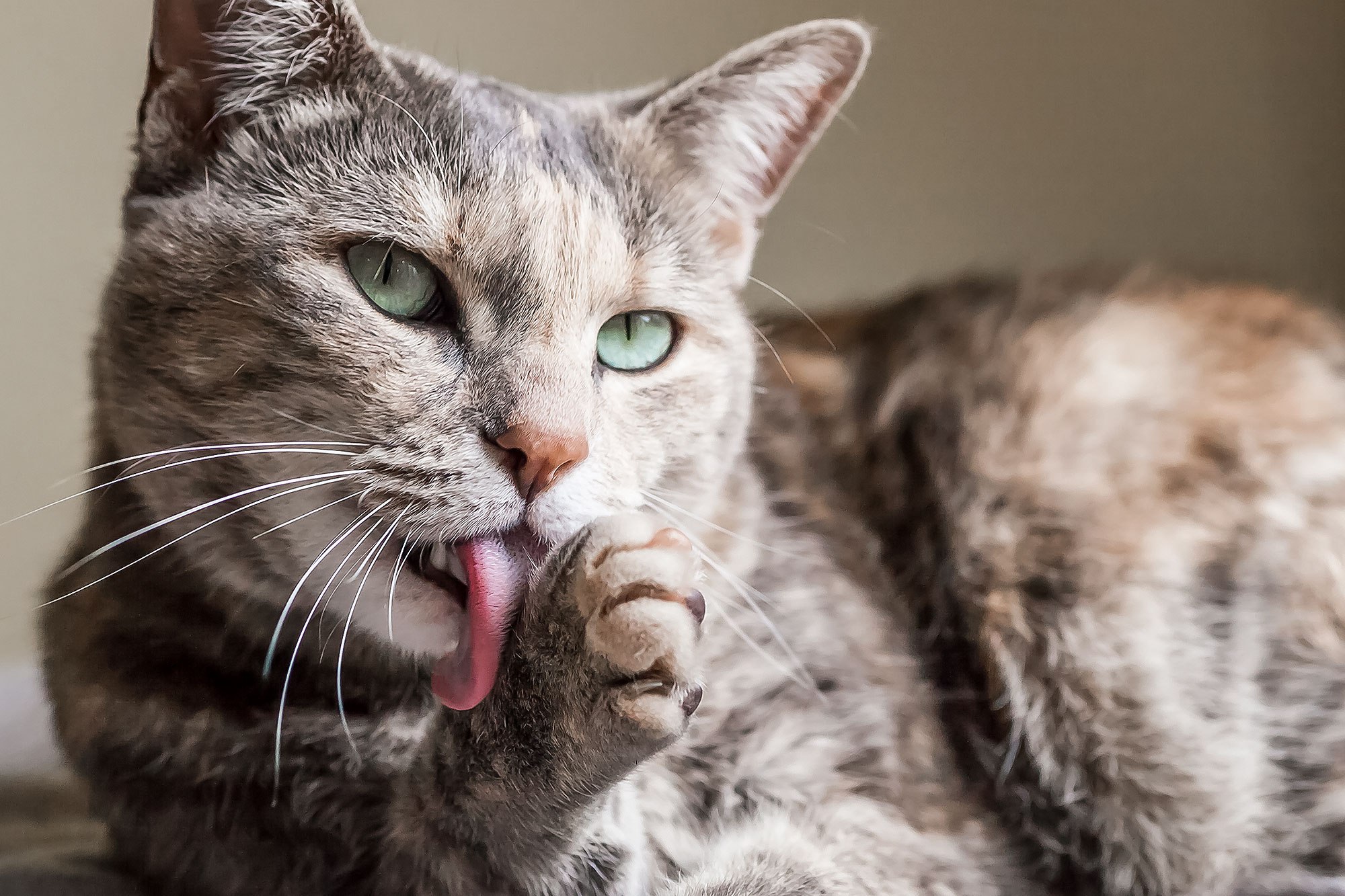 Meow about the marvels of engineering! Every element of a cat – including her tongue – has, through evolution, been designed for utmost efficiency.

One of the main reasons for this enviable efficiency derives from the fact that a feline tongue feels like sandpaper. Unlike the papillae (tiny surface bumps) on a human tongue, hers are barb shaped, made from keratin and face backwards. These minute spine-like structures assist her in grooming as well as in drinking water and eating food.

Think of your cat’s tongue as the world’s smallest de-tangling hairbrush. Studies have shown that her tongue moves in several directions during her fastidious grooming process as she removes parasites from her skin, spreads her body oils around, and increases her blood circulation. Whenever her tongue “hits a snag”, it pulls on the “hooks”, causing them to rotate, enabling her to penetrate that snag even further. Then there’s the drama behind her drinking! Whereas dogs utilize their tongues like ladles to drink, cats don’t. A cat uses the tip of her tongue to bring the water from her bowl to her mouth (her scoop-shaped papillae act as petite cups to hold it) creating a continuous column upwards with both accuracy and speed. More remarkable still is her ability to know precisely when to close her mouth before that gravity-defying motion stops. Curious as to why your cat likes licking you? Pussycats lick their people partly because they consider them members of their feline family and partly because they see them as their own purr-sonal property. A ritual learned at birth from their kitty mothers, licking both keeps the family clean and bonds them more closely together. Maturing kittens and grown cats use licking to establish their territory by leaving their scent on it, and like their mothers before them, they also use licking as part of a social, bonding protocol – from licking each other in a multi-cat household to licking their pet parents. Because cats are notorious for using their tongues to explore their environment, always ensure that your home is feline friendly and scrupulously safe. Too many vets have seen what seems like the most innocuous of items wrapped around the tongues of too many curious kitties – including elastics, yarn and all things stringy, human hair, shredding blankets and unraveling rugs. And since their passion for play triggers their instinctual prey drive, they will gleefully proceed, tongue first, to pounce on whatever thin and tempting “toy” beckons them close, closer, closest.

Cleaning products pose the same problem for your purr-ecious puss as inappropriate playthings. Not only are they toxic if she drinks them but should some of the liquid get on her fur and she tries to lick off, it can cause burns and ulcers on her tongue once inside her mouth.