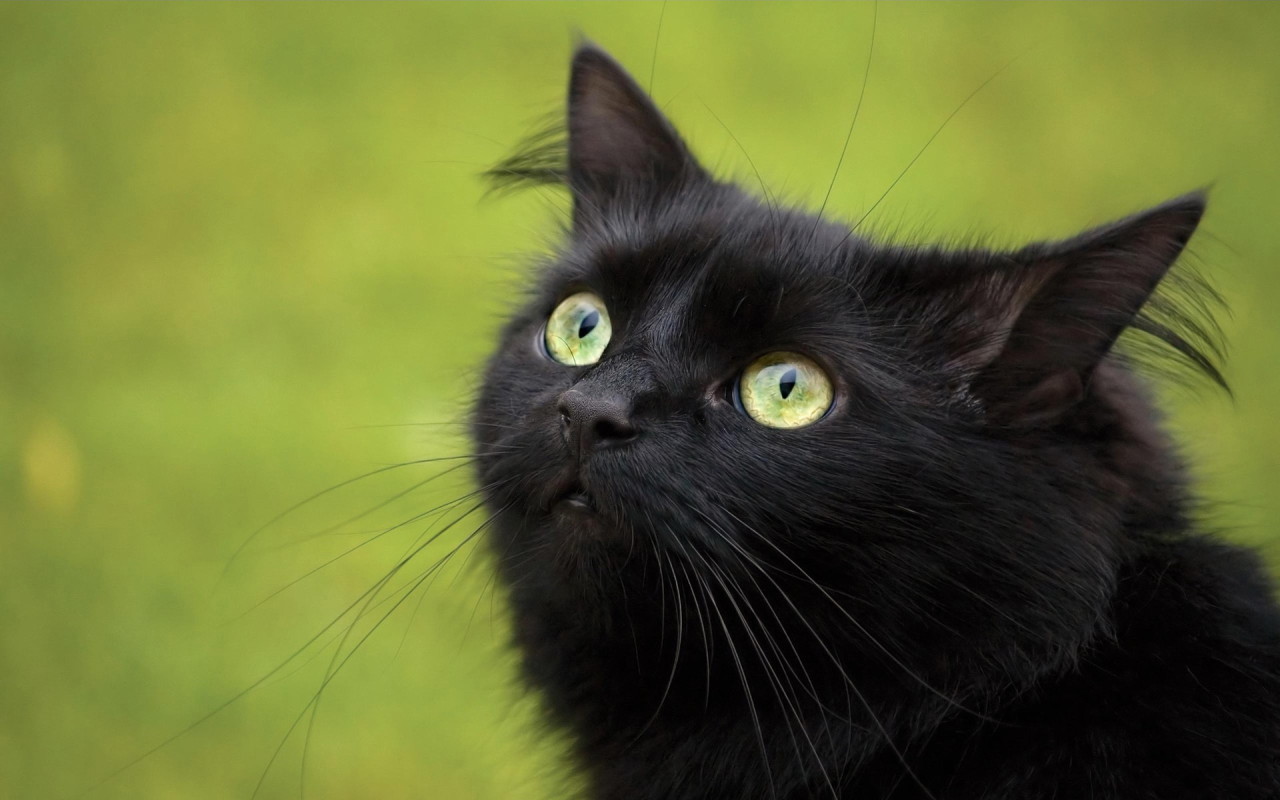 The color of a cat’s eyes originates with the iris — the colored area encircling the pupil. Comprised of two layers, the stroma and the epithelium, both layers contain pigment-producing cells called melanocytes. Whereas in the stroma, these melanocytes are loosely arranged, in the epithelium, they’re more tightly packed.

The pigment produced by melanocytes is called melanin. The more melanocytes found in your purr- ticular cat’s irises, the darker their color. Unlike people, however, who have either brown or black eyes, the darkest color for a cat’s eyes is infinitely more interesting — a deep, rich copper. Blue-eyed cats have no melanin (pigment cells) in their irises, but because their eyes are naturally rounded, light refracts through those domed surfaces, thereby producing that distinctive blue hue. It’s similar to your gazing through a pane of glass that appears tinged with blue or green around the edges — an illusion caused by the refraction of light through the glass’s clear surface. Kittens are born with blue eyes simply because their melanocytes haven’t yet begun to function. As the kittens grow and mature, their melanocytes start working — at between four and six weeks of age – and by the time they’re four months old, their true “adult” eye colors are clearly apparent.

Since different genes control a cat’s eye and fur colors, the melanocytes in her fur may be either more or less active than the melanocytes in her eyes. Example: a black cat may have pale hazel eyes while a purebred orange Persian may have dark, copper-colored eyes. The sole exception to this: white cats. Because the epistatic white gene is dominant, thereby masking every other color, white cats are statistically more likely to have blue eyes than random-bred cats with other coat colors.