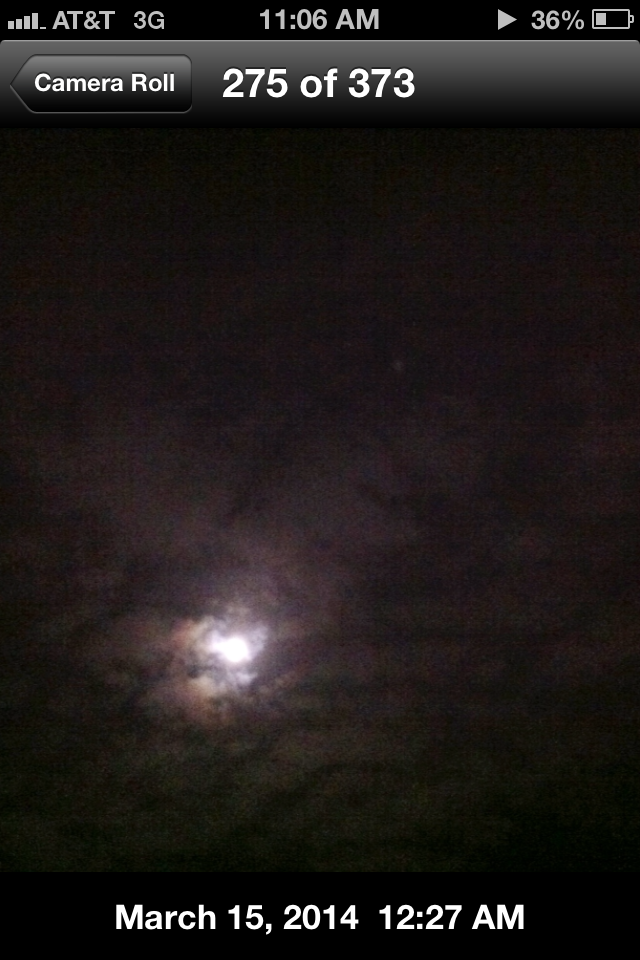 A Clark County resident named Diana had this story to tell about a possible UFO sighting on March 14, 2014:

“I was really surprised late Friday night while walking my dog and I spotted what I can only describe as a small fleet of UFOs! I’ve never seen anything like this and it was hard to believe what I was seeing! They looked like tiny points of light that also looked a lot like stars, except they didn’t twinkle like regular stars and of course they were moving across the sky kind of slowly. But stars don’t move across the sky that quickly, which is why I noticed. Real stars stood still while the “crafts” kept on going.

When I reported the incident to the state UFO hotline (which the number was given to me by the 911 operator when I called to report the strange lights) they had me fill out a report form and they also asked me to send a message to the local newspaper to see if they would like to report on the story. I think so that way if anyone else had seen something that night then they might come forward with more evidence or information.” (Full moon? This image didn’t turn out well, but a resident said she saw UFO’s in the sky and tried to capture an image here. “It’s that star-like dot to the upper/mid right side of the photo,” she said.)

She added a bit more in a follow-up email:

“It was unfortunately the absolute worst way I could have a UFO experience, lol! I could see a fleet of about 40-50 of them by the end of it, but they were extremely hard to take video ident or photos of since they were only about as bright as a small star! Plus my husband was asleep & would not wake up to come look either! It was very frustrating to say the least… I did call 911 but then felt pretty stupid after I did because, I mean, what were they gonna do? Come & rescue me from aliens??!

The UFO hotline guy was very interested & had me fill out the online report form. They have everyone do it that way. But I looked at the site & it looks like they just really like getting as much info as they can on any sighting they feel is possibly credible, & they have a very impressive collection of data going back to before the 1800′s! So at least it was interesting to check out other local sightings…”

Here’s some of the data she submitted to the UFO site:

“I noticed that what looked like little lights that were circular and star-like were flying across the sky going from east-west and around the moon. I saw a few at first and once those ones had gotten too far away to see anymore there would be other ones coming in from the other side. It started around 12:30 and went on until almost 3 a.m.”

Sighting happened: Friday night 3/14/2014 from 12:30am-3:00am.
Type of craft: light ball.
Color: white, bluish.
Speed: mostly a slower pace with some speeding to catch up sometimes.
How many: total fleet of about 40-50.
Direction: east to west.
Where: Vancouver, Wa. Between Mill Plain & Andresen & Mill Plain & Devine.

Here’s a video of an Iridium Flare, which one reader suggested it might be:

She found this video, which she says is more like what she saw (and the video was taken the same night) “The ones I saw were more lit up, but who knows what it would look like up against the moon like that,” she said:

How about you? Have you seen anything strange?