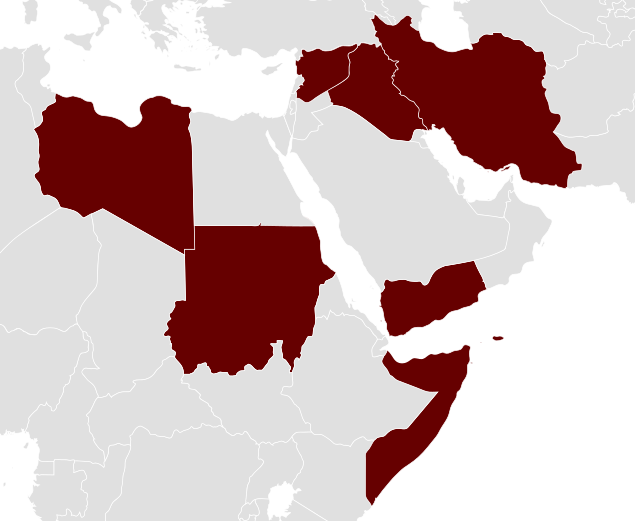 How many people in Clark County were born in those seven countries? The answer is close to 500 but there’s a couple of caveats. First, the data is from the U.S. Census Bureau’s American Community Survey’s 5-year estimates and, as with any survey based on sample sizes, there’s what we call margin for error. And second, the ACS data doesn’t drill down far enough in this county to get numbers for some countries.

But here is what we know. According to the 2015 ACS, an estimated 423 from Iran, 11 from Iraq, 65 from Syria, 0 from Yemen and Somalia and 12 from Sudan. Libya is not on the list but the data does show 16 from other North Africa, including Libya, Tunisia and Algeria and possibly others (I did not see a list of those countries in Northern Africa but took an educated guess based on geography).

If we assume the margin of error is nonexistent, it appears the Iranian population here is the largest of the seven banned nationalities and it has slighly increased, and the number of Iraqis in this county has nearly doubled.

How does that stack up against the foreign-born population here? ACS data from 2015 shows that about 44,711 people in this county are foreign-born, or about 10 percent of the total estimated population of 444,506. Of those, an estimated 21,735 or 48.6 percent are not U.S. citizens.