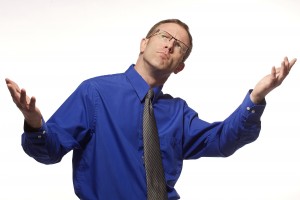 Hope everyone is enjoying their weekend. For those who forecast and track the weather this is the time of year where our eyes become a little more focused when we look at forecast models and maps. Today’s three major models are now in agreement that the week after Thanksgiving could go from ho hum to HO, HO, HO, in a hurry. Now, there is still plenty of time for the models to change their tune, but at the present time there is very impressive model consistency for something that is still about 8-10 days out. It lays out like this. There is no significant change on the way between now and Thanksgiving with continued clear and cold nights followed by sunny days. Then about next weekend a cold air mass from Canada is currently forecast to dig south towards the Pac NW. It is forecast to push into the Pac NW on or about December 2nd or 3rd. That would be about a week from right now. For those who track weather, this is a near perfect set up for getting some really cold air over the Pac NW. Note the low pressure that forms and slides right down over Portland in this image (from the Euro model) on or about Monday, December 2nd. Click image for a larger view –

Alaska would be under the influence of a ridge of high pressure while a cold trough plunges into the Pac NW, bringing with it plenty of cold air and likely some very low snowfall levels. Other models are also in agreement with this scenario such as the GFS and Canadian (both posted below) –

The GFS is not as bullish on the cold air at first, but it also shows the potential for a significant snow event just outside of the Euro and Canadian models that stop at hour 240 (day 10). In other words, the GFS agrees at bringing modified arctic air into the Pac NW at the end of next weekend and into the next week (December 1st-4th) then it bring a system in off the Pacific just south of Portland which would toss a whole bunch of precip over the cold air already in place. That is a good set up for snow to some very low elevations. Is this a guarantee? Absolutely not! But there is a quite a bit of model consistency for being this far out. Now let’s see if the consistency stays there or if they diverge away from the current thinking. Only time will tell, right?

Oh wait, there is one more thing to show you. Thanks to a good friend (Teague Rakoz) for bringing this to my attention. This map is called an “analog composite” which suggests if the current pattern were to evolve as forecast, it may look a lot like the following dates from the past, listed by year, month and day. Anyone who tracks weather knows that nearly every single one of these dates (listed in the lower right hand corner of this image) are infamous in weather history. If you are a weather nerd, these are good times and those are mouth watering analogs (similar years). These were all precursors to some BIG Portland snows that followed just days after the arrival of the cold air. I am also impressed with a 0.94 correlation coefficient score in the upper left area of the image. A score of 1.00 is perfect. What does this mean? It means there is very impressive model consistency for being 10 days out. Again, click on the image for a larger view —

So, what is the bottom line as of Sunday, November 24th? Cool and sunny for the next 5-6 days, then a change may be coming to the Pac NW about the end of next weekend and into the following week. Santa may just want to pay us a visit a little earlier than normal this year? Maybe not? As I always say, STAY TUNED!

Steve Pierce is widely known as Oregon and Washington’s “go-to-guy” when it comes to fast, accurate historical meteorological research and forecasts. Steve is currently the President of the Oregon Chapter of the American Meteorological Society (AMS). Steve is also recognized as a regional weather commentator and blogger who can be heard on local radio stations and seen in print media outlets across the Pacific Northwest. His Weather Blog is hosted by the Columbian Newspaper in Vancouver. Check it out! He is a third generation resident of Vancouver, Washington and holds a degree in Communications. Both sets of Steve’s grandparents migrated to Vancouver during World War II. One set traveled from Lenox, Iowa to work in the Kaiser Shipyards supporting the war effort. The other set came to Vancouver from Olympia, Washington to work as educators for the rapidly expanding Vancouver School District. When the war was over, both sets of grandparents decided to stay in Vancouver and continue raising their families, as did thousands of other families at the time.

Those who are most familiar with Steve can attest to the fact that weather is his true passion. His love for “all things weather” began at the age of 7 when Mt. St. Helens erupted in 1980. He was fascinated with which direction the ash plumes were headed. Then came the very powerful windstorm of Friday, November 13, 1981, also referred to as the “Friday the 13th” storm. This was the strongest storm to hit the Portland / Vancouver area since the great Columbus Day Storm of 1962! At age 11, he was asked to publish an extended weather forecast for his elementary school’s weekly newsletter. In the 1980’s, at age 14, Steve was the youngest of KGW-TV’s local “weather watchers” and would phone in his daily Vancouver weather stats to then television meteorologist Jim Little for use on-air.

Steve has lived through all of the major Pacific Northwest weather events of the past 30 years, and then some. The most notable events include; the bitterly cold winter of 1978-1979, the record setting snow storms of January 1980, the summer heat wave of August 1981, the windstorms of November 1981 and December 1995, the severe arctic blast of February 1989, the record flood of February 1996, the historic ice storm of January 2004, the Vancouver tornado of January 2008 and the record setting snow storm of Christmas 2008. Not to mention every Mt. St. Helens volcanic eruption in between. With access to the most extensive set of historical weather records available to date, Steve has personally designed and integrated a proprietary system that gives him the ability to quickly locate and manipulate weather data as far back as the 1800’s. As one local Meteorologist put it, “Steve has fast access to historical weather data that is needed for media, agriculture, business, personal, historical and other climatological needs. He can quickly manipulate the data in many different ways. His forecasts are also quite accurate, especially at longer lead times.” Steve also provides local storm assessments, narratives and weather presentations to the general public, as requested. In his spare time, Steve enjoys spending time with his family, the outdoors, vacationing at his family’s coastal cabin and just relaxing!

By the way, do you like your weather on the “extreme” side? So does Steve! Whether it is collecting damage assessment data & photos after record setting 125 mph winds at the coast in December 2007, being one of the first on the scene after the January 2008 Vancouver tornado, or feeling (literally) the awesome power of 100 mph wind gusts at Oregon’s Crown Point in January 2010, Steve has experienced it all! As Steve says, “don’t just love weather, live weather!” Check out Steve’s personal weather website at: http://www.piercevideo.com/weather.shtml