Go to Columbian.com
It's the Fair

Next year’s Fair has a new Court! 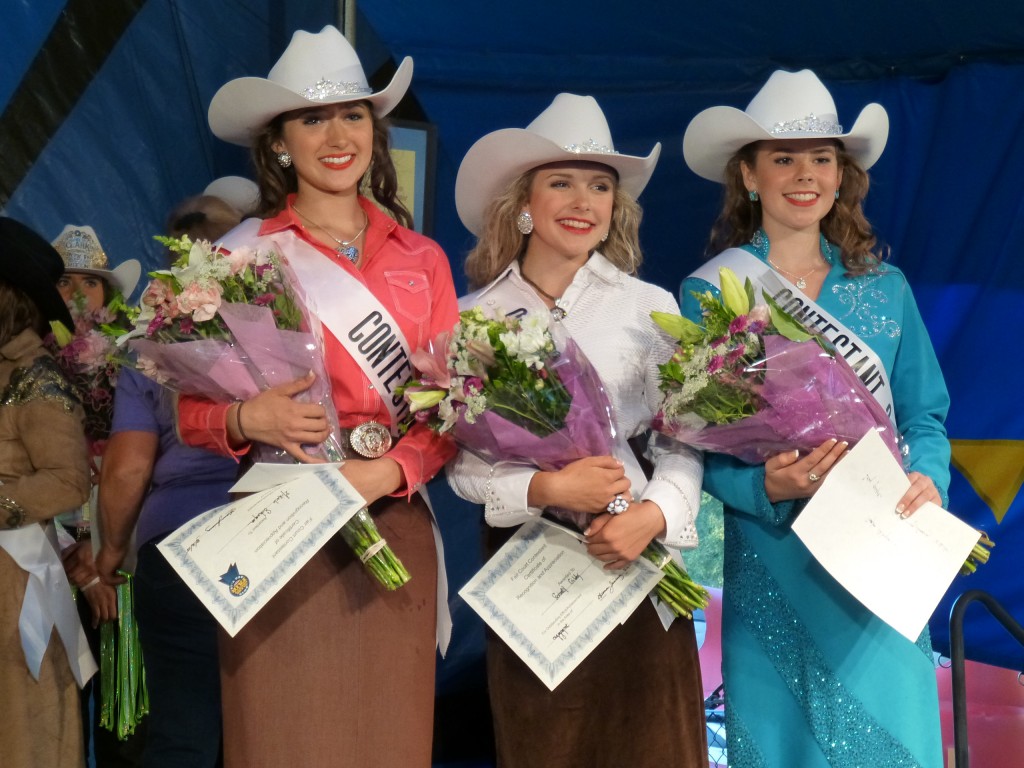 It has been a long, exciting, hair-sprayed day.  Six young teen women have spent the day vying to be on the 2016 Clark County Fair Court.  They have given speeches, done a few modeling turns on the runway, answered impromptu questions, and shown off their horsemanship skills in the horse arena.

I followed them all day, to the extent allowed without being creepy.  I definitely had a few favorites.  I am SO excited to announce that the next Clark County Fair Court is: You might notice I haven’t told you who the Queen is.  That’s because I don’t know.  Nobody does.  Reverting to the way things used to be done, the 2016 Fair Court Queen will be announced at their Coronation next February.  It will be a big to-do with lots of fluffy hair and sequins.  Mark your calendars for Saturday, February 6, 2016 and keep your eyes on the Fair Court Facebook page for details on how to buy tickets.

Until then, CONGRATULATIONS, Mikaela, Serenity, and Shaylee!!

And thank you for an amazing, award-winning, bestcourtever year, Brooke, Missy, and Tessa.  You ROCKED IT!