Zombie tree shrugs off another windstorm 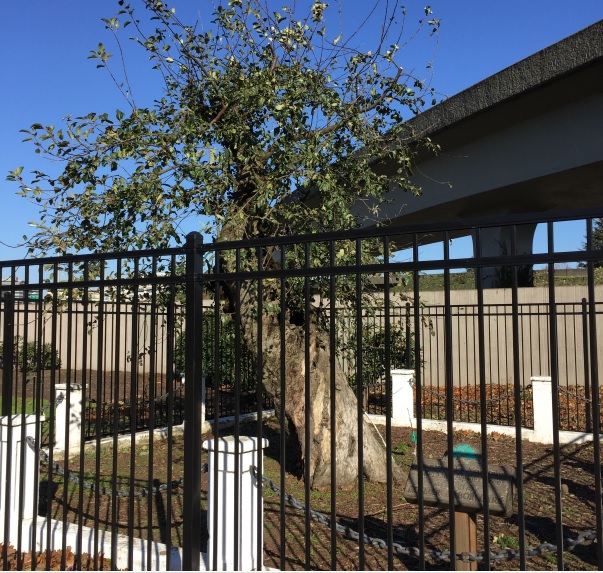 Tuesday’s windstorm brought down some big trees in Vancouver, but the city’s most famous tree survived. Of course it survived. The Old Apple Tree has had more work than a Kardashian and has been defying death for decades. Here’s a story from 1962: The Old Apple Tree, considered the matriarch of the state’s apple industry, was reportedly planted in 1826 — or 1827 —  at Fort Vancouver. The average life of an apple tree is, um …  a lot shorter than 188 years. But the Old Apple Tree has had extraordinary care.

From a Jan. 26, 1950, story after a main limb snapped off after an ice storm: “A trio of experts were examining the effects of the storm on the historic specimen today, and are expected to come up with a joint opinion by tomorrow.”

The Old Apple Tree even survived freeway construction. I was shocked to read a story from 1978 that quoted city landscaper Kelly Punteney suggesting the tree should be dug up and moved when the Interstate 5/Highway 14 interchange was rebuilt. Shocked, that is, that Punteney wasn’t run out of town for making such a suggestion. A member of the Fort Vancouver Historical Society was quoted in the article as saying, “All our members will be up in arms if that tree is moved.” From what I can gather from our archives, the tree has had four inches of concrete put in its trunk and a metal rod was inserted as a brace in 1950. Ice storms in 1996 destroyed about half of its canopy but, many snow, ice and wind storms later, it’s still standing. Cue Elton John.