Take your child to work day 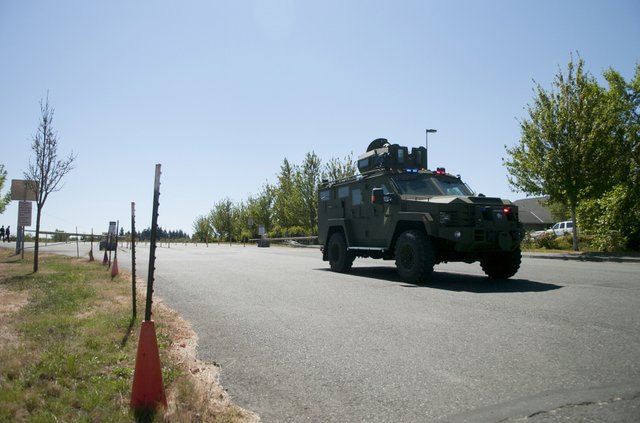 Today is “Take Your Child to Work Day,” the annual semi-holiday where children across the nation realize school is actually pretty great.

And while it’s probably a drag to to go to some mundane location like a newspaper office, your county government actually has some pretty cool activities planned for employees’ youngsters. The Bearcat being awesome.

The Clark County Sheriff’s Office is easily the best in show with its bomb squad presentation, DUI vehicle, marine patrol unit, patrol cars, SWAT PeaceKeeper vehicles and the still relatively new Lenco Bearcat G3, which is an armored vehicle capable of protecting 10 people from .50-caliber ammo and is essentially one of the coolest things I have ever heard of being presented at Take Your Child to Work Day.

There are also some tours of the jail (easily the most interesting tour), the medical examiner’s office, the crime lab, the print shop (which I am told was the first one to fill up) and traffic signals …okay, sure, I guess traffic signals could be fun. But wait, why is stormwater science and engineering on here? That’s easily one of the most boring topics the county deals with.

You know what, even with stormwater, the county still has a strong showing.

So let’s see how it’s going.

More Bearcat on the left here. No idea why folks are looking at non-Bearcat vehicles, but to each their own.

The marine unit. Again, there is really no doubt that the Sheriff’s Office has the best stuff to show off to kids.

And let’s not forget pictures of kids sitting at their parent’s desk.

I’ll probably throw more on here if I see them throughout the day. If anyone has the stormwater presentation, then please, send it along.