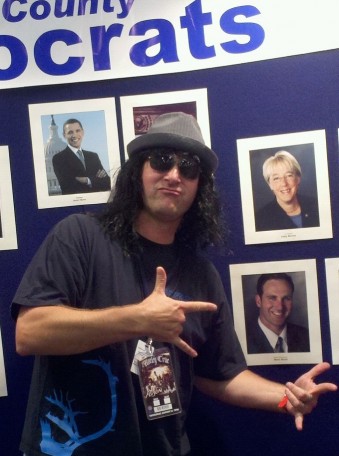 You may have read that Commissioners David Madore and Tom Mielke are at loggerheads over how late wineries can play music at their events and tastings.

Madore says let ’em party on until the state’s closing time of 10 p.m.

Mielke says they should consider the neighbors who are being bothered by the noise and cut the amplified music off earlier.

With the two at an impasse, they elected to wait for Commissioner Steve Stuart to return from a meeting in Olympia and cast the swing vote.

For those of you who aren’t familiar with Stuart, here’s a photo: Yup. That’s the guy who’s going to decide how late you can rock on, Clark County.