Songer still strives to be Sheriff 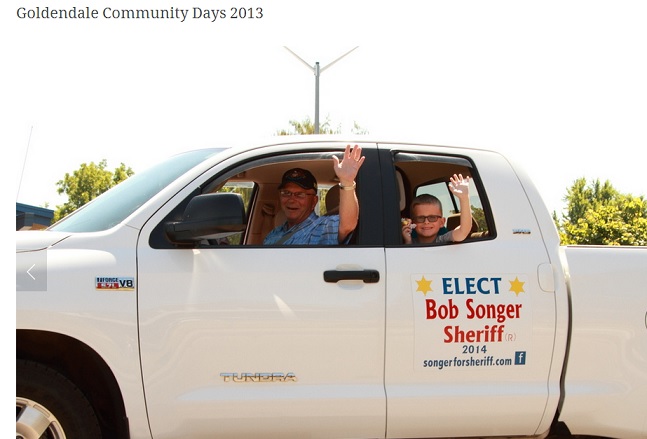 Welcome to a special Klickitat County (pop. 20,700) edition of All Politics is Local, as we salute Bob Songer, former Clark County undersheriff who is still pursuing his dream of becoming a county sheriff — 24 years after losing to Clark County Sheriff Garry Lucas.

Songer, a Democrat when he challenged Lucas more than two decades ago , is now a Republican. He switched political affiliations after leaving the Clark County Sheriff’s Office following the 1990 election — had he stayed with the CCSO, he would have been dropped down to a sergeant because Lucas didn’t name him to an administrative position. By retiring as undersheriff he was able to lock his retirement pay at the undersheriff level. He next took a job as police chief in Elko, Nevada. He served there for four years, leaving after the city council decided to not renew his contract, citing “professional differences.” By 2000 he and his wife were back in Washington state, this time in Klickitat County. Songer became a deputy with Klickitat County Sheriff’s Office.

On his website, Songer, who will turn 69 in June, links to a story in the Goldendale Sentinel, in which he emphasizes community policing and public involvement.

You can’t doubt Songer’s dedication. In a 1990 article before the election, he was asked what he does for relaxation.

“Law enforcement,” he told The Columbian. “Some may say that’s not healthy, but if I am happy doing that, it gives me a lot of satisfaction in doing my work.” While we’re on the topic of sheriffs, Lucas, who already has at least two challengers, said today he has not decided whether he’ll seek a seventh four-year term.