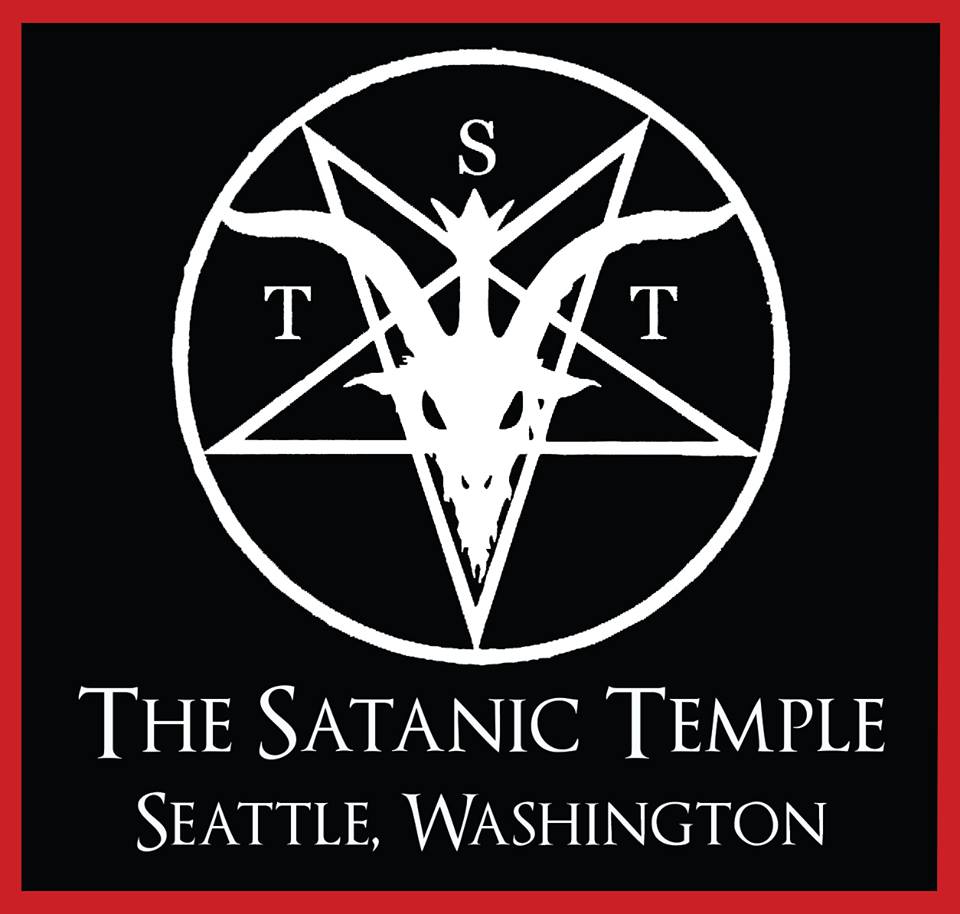 It turns out the Satanic Temple of Seattle wants its own spot on the wall of the Clark County council’s hearing room.

Councilor Jeanne Stewart, the only councilor to vote no on last month’s resolution to post “In God We Trust” in the hearing room, said during Wednesday’s board time that a representative from the Satanists called her personal cell phone number.

“(They want) me to help them create a suggested alternative motto and I’m not responding to that,” Stewart said.

I reached out to the Satanic Temple to see what their suggestion was, and it’s actually fairly tame. Lilith Starr, head of the temple, has launched a campaign for a plaque reading “E pluribus unum,” or “out of many, one,” on the wall of the chamber, surrounded by a border of symbols from a variety of religions, including a few I didn’t even know existed.

Many called for “E pluribus unum” as the middle-ground for Clark County, given that it was an unofficial motto for the United States long before “In God We Trust” ever was.

Starr added that ideally, there would be nothing religious posted in the council chambers.

“We definitely would prefer no breach of the church-state separation,” she said, but the “E pluribus unum” plaque would at least be a compromise.

Oh, and by the way, Stewart is clearly super over this “In God We Trust” discussion. She completely shot down a suggestion Acting County Manager Mark McCauley brought to get the Clark County Arts Commission involved, saying the council has already spent enough time debating how the Public Service Center will be decorated.

“That time is spent and it’s done,” Stewart said. “I think we need to cut the time we spend on stuff that’s not the business at hand and not consider this.”