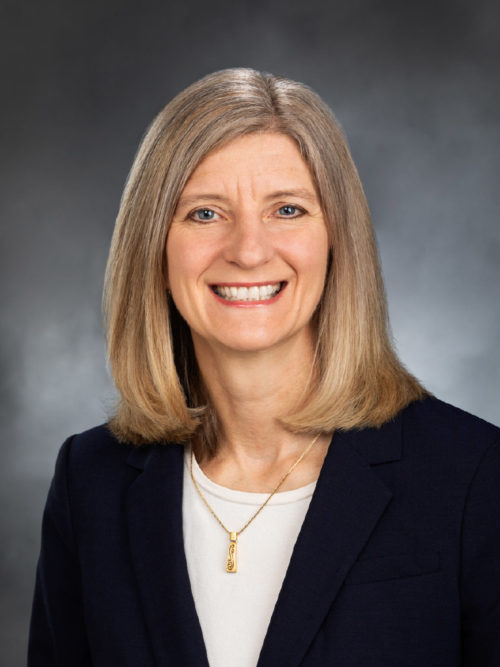 State Rep. Vicki Kraft, R-Vancouver, said she would have joined the group of Republican lawmakers who did not accept the results of the presidential election on Wednesday.

In an email — “to be sure I am on record as a Legislator and lawmaker on this critical issue” — she wrote that she believes there are “enough valid questions about the integrity of the election process, how ballots were tallied and reported, that as a lawmaker you would have to question and reject the results and the electoral votes being counted.”

“The integrity of our election process is key and that is what is in question now,” Kraft continued. “Based on that I don’t see how lawmakers can move ahead in good conscience with this electoral college vote count and process today.”

She sent her initial email at 11:05 a.m. PST, six minutes before a right-wing mob breached security at the nation’s Capitol and rushed into the building. I responded at 11:36 a.m. — a few minutes after President Donald Trump demanded via Twitter that lawmakers “certify a corrected set of facts,” and a few minutes before gunshots were fired in the House chamber — and asked Kraft why she thought that there were still valid questions about the integrity of the elections process, after judges in 59 cases across nine states and Washington, D.C., ruled that President Donald Trump’s claims of election fraud lacked merit or evidence.

She replied at 3:08 p.m. By that time, lawmakers had abandoned the hearing that was supposed to formally confirm Joseph Biden’s electoral victory and evacuated the Capitol.

“There are plenty of concerns that have been brought up regarding six key states’ election procedures, that haven’t been discussed in any court and haven’t really had significant discussion and due process in Congress. Many of these issues have been raised and distributed on media outlets, other than mainstream media, including social media.”

She referenced poll watcher testimonies who claimed they “personally witnessed election ballot and/or count fraud,” states who used mail-in ballots “without taking proper steps” to ensure validity, and election software with the “apparent ability of the software to automatically change a person’s ballot and vote.”

(It’s unclear which poll watcher claims she was referring to. In Michigan, for example, the Trump campaign produced 248 pages of affidavits with testimony from Republican poll watchers complaining about ballot procedures, but no evidence, and state workers debunked their claims. Assertions that faulty voting machines could have skewed the election have also been debunked. Read more here.)

That the election results remain in question, she added, is evidenced by “the thousands and thousands of people who went to Washington D.C. and other events across this nation today to make their voice heard.”

I responded with three clarifying questions. I’ve included those questions, and Kraft’s responses, in full:

Q: You mention the “thousands and thousands of people who went to Washington D.C. and other events across this nation today to make their voice heard.” Do you condemn the actions of the people who broke into the Capitol building today?

A: I do not condone violence. I do support the people who came out peacefully to make their voices heard.

Q: You also mention that the 2020 election deserves due process in our courts. Why do you not consider the 60 court cases – 59 of which were thrown out, and one of which dealt with halting a deadline extension for a marginal number of mail-in ballots in Pennsylvania – due process?

A: Because the attorneys working on these cases have the experience and education to know what type of evidence they would have to have to make a valid and viable case in a court of law. I am certain they wouldn’t have brought these cases forth on a matter this critical if they didn’t have solid evidence – enough so that at least some of the courts should have at least heard the case brought before them.

Q: If the claims of election fraud outside mainstream media (like those posted to social media) have merit, why do you believe that these cases were roundly dismissed by judges across the country?

A: It’s well known that most courts in our country are run by more liberal judges.