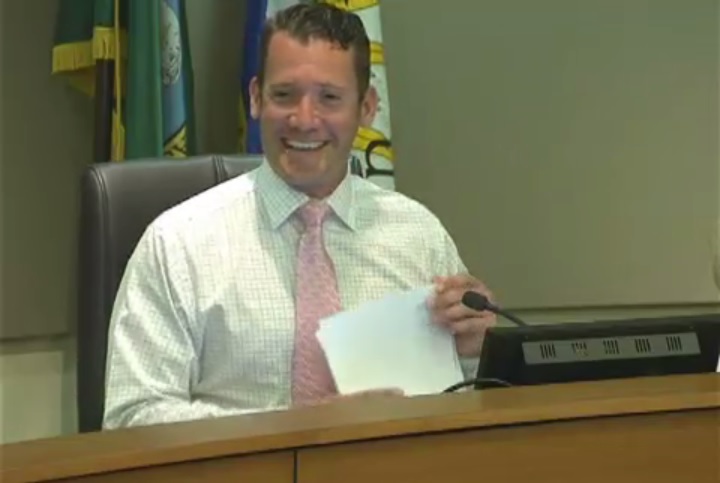 During Monday’s update on the Columbia River waterfront project, the Vancouver City Council was briefed on infrastructure being built.

Vancouver Mayor Tim Leavitt has talked before about wanting a downtown streetcar, and in 2006 the city paid for a streetcar feasibility study. On Monday, Leavitt broached the subject again.

“We’ve talked about bicycle access and vehicle access,” he said. “You’ve heard me say many times before, if we are really looking out to the future, (we need to make sure) that there is capacity for high-capacity transit, in some form or another, (that it is) viable on this waterfront project.”

“Shall I assume that in the future there is a possibility, if it were to come to fruition, that there would be room for a light-rail oriented track?” Leavitt asked.

He said plans for Columbia Way (the main east-west arterial to the 32-acre waterfront site) were designed so there’s no water line in Columbia Way because it would conflict with the voltage from any type of street car.

The ambitious waterfront development project, on the former Boise Cascade site, calls for it to be built out over the next 20 years.