Not ready for the Big One 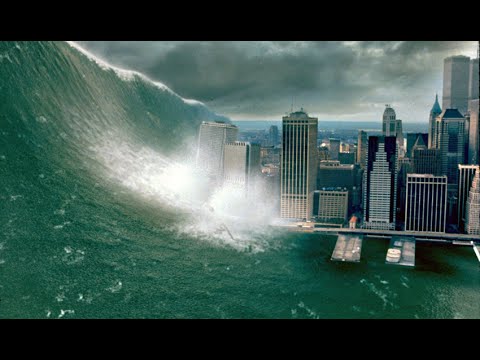 Vancouver Mayor Tim Leavitt seemed to be hoping for reassurance recently when he asked City Manager Eric Holmes whether the city was prepared to handle an emergency such as the water crisis in Flint, Mich., or toxic fumes emanating from a Portland glass plant.

At the March 7 city council meeting, Leavitt noted that other public agencies were either having a hard time dealing with emergencies or accused of being unresponsive. What would Vancouver do in such a situation? he asked.

Holmes’ reply was like telling a worried toddler, yes, indeedy, there’s a monster under the bed.

“I would not be accurate if I told you that in an event of a significant emergency that we are prepared and adequately resourced to respond – because we’re not,” Holmes said.

Whether a natural disaster, environmental catastrophe, a pandemic or civil unrest leading to mass riots, “we’re not prepared to deal with any scale of anything like that in Vancouver,” Holmes said. “I don’t like giving you an answer like this, quite honestly, but I think giving you any other would be inaccurate.”

Hold the phone. What?

Holmes said that since the recession, the city’s staffing has been “extraordinarily lean” across almost every department. Those nearly 1,000 city employees “deliver admirable results very cost effectively,” but despite the workers’ skill and experience, it can be tough to meet citizens’ regular service demands on a daily basis, he said.  As a result, the city must be reactive instead of proactive.

“We do not have the bench strength that is necessary to provide reliable response in the event of some significant community event,” he said.

In a follow-up interview, Holmes said his remarks acknowledged that Vancouver must live within its means. He pointed out how Washington’s voters have passed several statewide initiatives that have impacted city budgets, such as I-695, which slashed motor vehicle car tab fees in 1999. If you constrain taxes, you constrain government spending, which means you have less government, he said.

Today, the number of city employees is roughly what it was in 1999, but the city has grown by nearly 35,000 residents since then. So there’s a higher demand for service with fewer people to deliver it.

However, that’s not to suggest people need to panic, Holmes said. For dealing with emergencies, the city has continuity of operations plans to keep the city running and meet its fiduciary and government responsibilities. It has incident response plans and emergency regional management plans. It has mutual aid agreements with other agencies and jurisdictions.

But the takeaway message is this, Holmes said: People need to be prepared at home to handle an emergency without help for three days to a week. (Go to http://cresa911.org for tips on emergency preparedness for your family.)

“It’s important to be honest that this government doesn’t currently have the capacity to meet all the community’s needs in the event of an emergency,” Holmes said.

If it gives you any comfort, we’re not the only ones with a monster under the bed.

“Every city deals with this,” he said. “This is what smaller government looks like.”