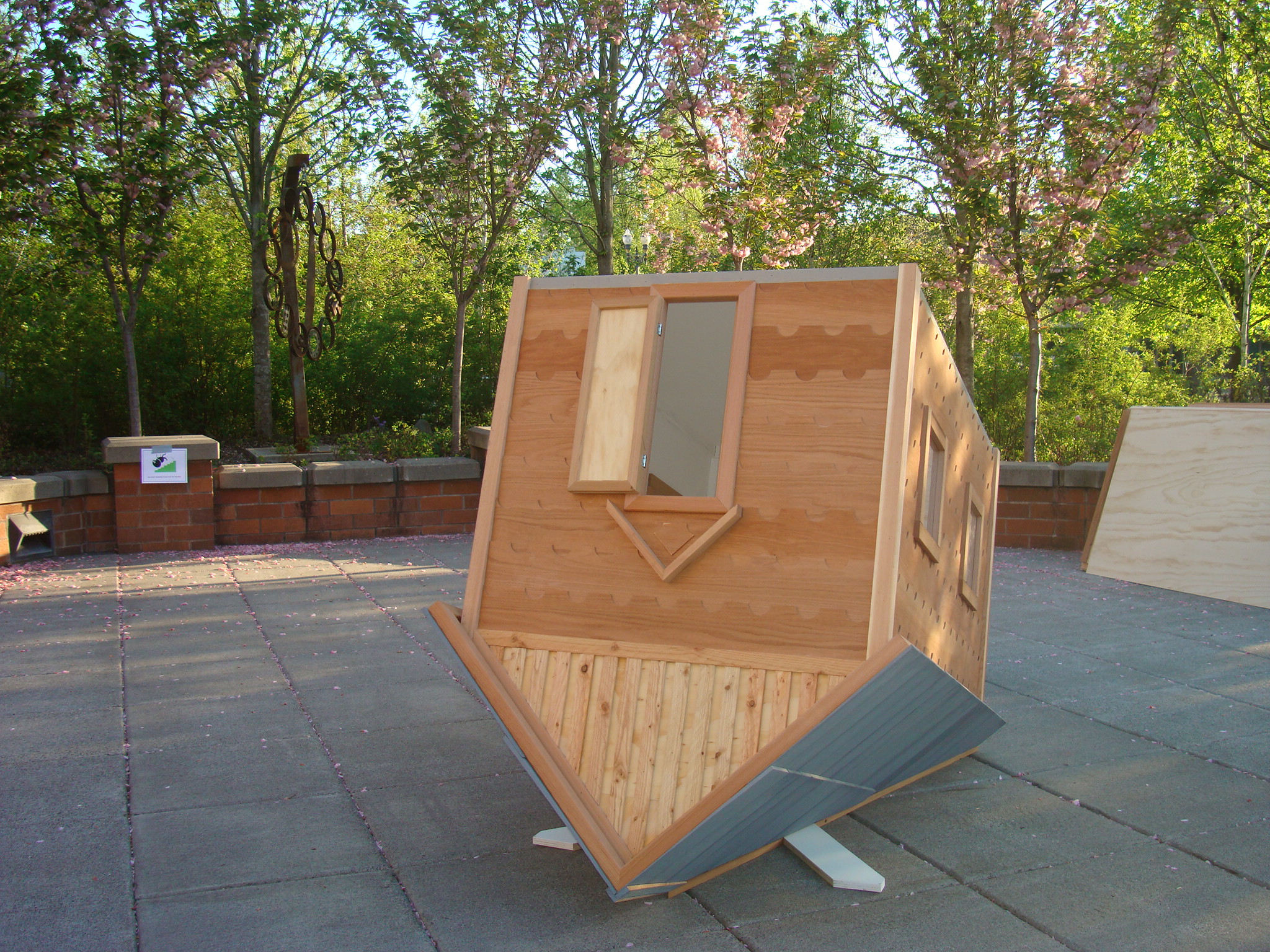 The post I wrote yesterday about “Take Your Child To Work Day” didn’t get any horribly mean and angry comments on it. In fact, it got no comments at all.

So I was pleasantly surprised this morning to find several emails from county folks who worked super hard to make that day happen.

I know the snark level can run a little high here at All Politics is Local, but honestly, this is a pretty great thing the county does for the kids.

And since I said I’d post more photos as I got them, and those emails had photos, here’s what I got.

Below are some photos of the brilliantly designed upside down play houses that were raffled off. They were made by the Building Safety Department. Now here’s one from an email I got from Dave Perlick at Vancouver-Clark Parks and Recreation who kindly told me that while they couldn’t quite compete with the Bearcat (which, come on, who can?) they did have tug-of-war.

From Perlick: “Yes, that’s right, tug-of-war… no doubt the highlight for all who participated!” Perlick is right The county also lit some stuff on fire, because this is probably a super effective way to show kids why you don’t play around with matches and lighters.

The room WITH fire sprinklers: Alright, those photos and the upside down house ones were from Jennifer Clark, who totally called me out on the last post for not giving more credit to her planning committee for the day. She even did this voice to illustrate how she assumed I was viewing the whole event. It was kind of whiny and really funny.

But seriously, Clark and her team did awesome. And she was at the county around 5 a.m. on Thursday to make sure this all went off. Dead serious here, good wo…OH MAN IS THAT HER IN THE BEARCAT? Gosh, the Bearcat sure is cool.

And if all that wasn’t enough, check out this video of the K-9 demonstration that also took place: