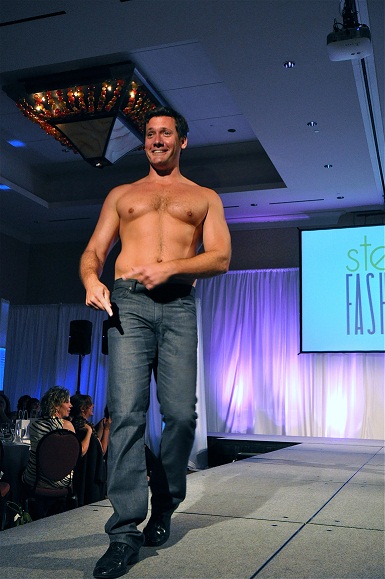 Oh no. Here we go again.

Our topless mayor will be back in the spotlight along with other local single dudes,  6 to 10 p.m. Thursday, June 13th at the Kiggins Theater for “Girls Night Out, Movie and & Bachelor Auction.” The event raises money for Rob Cloke, the shirt-averse participant in this year’s Dancing with the Local Stars.

All “Dancing” participants have to raise money for the Fort Vancouver National Trust, so basically you can buy Mayor Tim Leavitt and have it be a tax write-off.

The evening starts with free Champagne and appetizers. At 7 p.m. they’ll show “Magic Mike,” that male stripper movie. (It was made by Steven Soderbergh, so it’s OK to watch and not feel like a sleaze.)

After an hour or so of staring at Channing Tatum and Co., there will be an intermission so local gals can bid on the local dudes.

That’s right.  After staring at this for an hour, you can decide how much you want to pay for Leavitt and other local meat. Tough decision, I’m sure. As I mentioned, there will be alcohol. Other guys up for bid include Cloke, Dave Sobolik, Eddie Allen and Paul Montague.

The event costs a minimum donation of $50 – again, it’s tax deductible. If you want to take part in these shenanigans, you can click here.