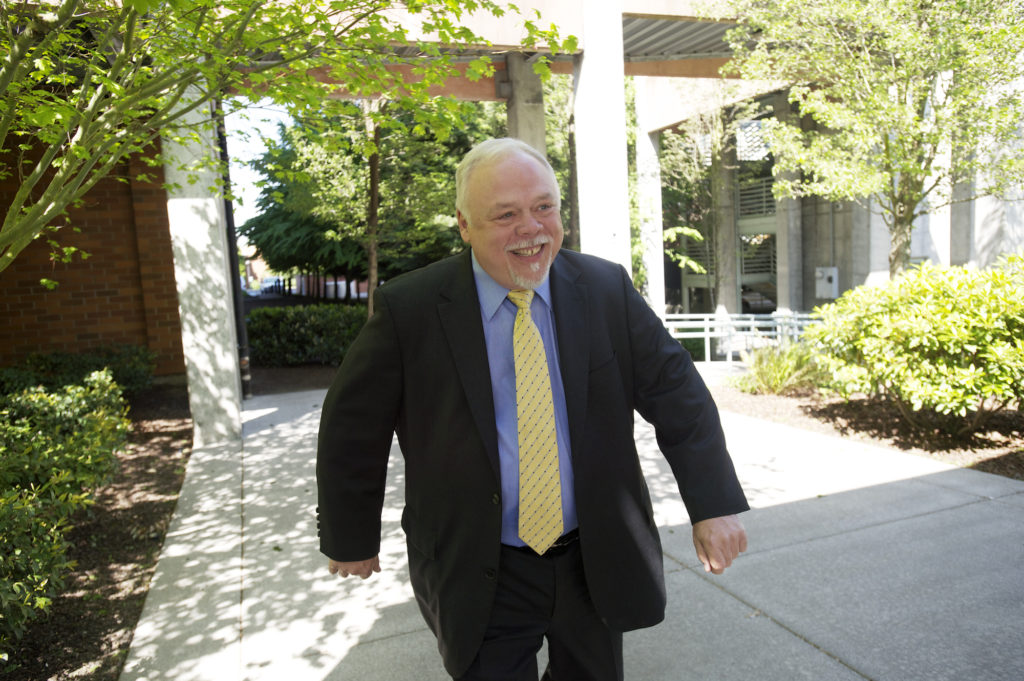 In this week’s version of “Don Benton goes to D.C.” it’s Rachel Maddow, of MSNBC, who takes note of Benton in a segment titled, “Poor hires may explain poor performance of Trump administration.”

Benton is a microcosm, Maddow said, for Trump’s administration.

The subtitle of the program is, “Rachel Maddow looks at how Donald Trump’s weak vetting and handing out government positions as political favors puts his administration at a disadvantage for performing government functions.”

Unlike some of the other national attention being given to Benton currently, Maddow really delves into the conflict between Benton and Sen. Ann Rivers, R-La Center.

You know, the one where Benton tells Rivers she’s’ acting like  a “trashy trampy-mouthed little girl.”

During most of the segment, Maddow has the words, “Weird! Weird! Just so weird!” on the screen behind her. That’s a reference to Benton following Rivers around on the Senate floor, leaning over her desk, looking at her and repeating multiple times, “You are weird’ and … ‘Weird!’ ‘Weird, weird, weird.’ ‘Just so weird!'”

Maddow takes note of a Seattle Times column that points out Benton is a master at failing up. After being booted from the Environmental Protection Agency, he once again failed up and was promoted to oversee his own agency, as the Director of Selective Services.