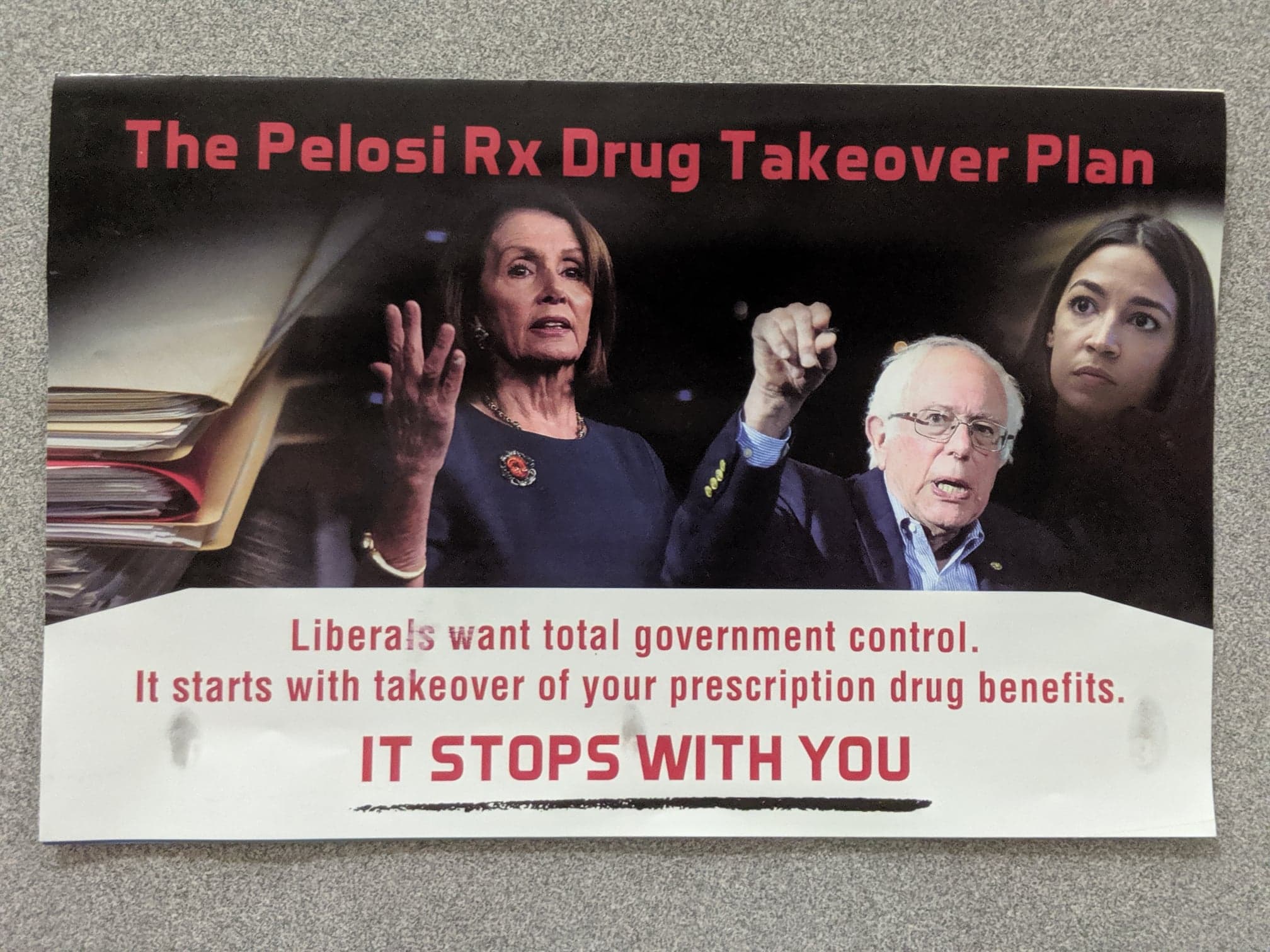 Are you a voter in Washington’s 3rd Congressional District? Have you started receiving mailers for the 2020 race?

Though we’ve got more than a year to go until the incumbent, Rep. Jaime Herrera Beutler, faces off against a challenger in the general election, mailer campaigns have already kicked off. Take a postcard from the American Action Network, a nonprofit conservative advocacy group based out of Washington D.C., that warns recipients about “The Pelosi Rx Drug Takeover Plan” and champions Herrera Beutler, a Republican, against the “Radical Plan to Bring Socialism to America.”

“Liberals want total government control. It starts with takeover of your prescription drug benefits. IT STOPS WITH YOU,” the cover reads. Democratic lawmakers Nancy Pelosi, Alexandria Ocasio-Cortez and Bernie Sanders, who have become a sort of boogeyman trifecta in conservative campaign messaging, loom in the background. The inside details the healthcare policies of Herrera Beutler, and how she’s “working to protect Medicare from a devastating bureaucratic takeover.”

(It also directs recipients to visit StopMedicareTakeover.org/Herrera Beutler, which incidentally is a website that doesn’t exist.)

Andy Orellana, the west press secretary for the Democratic Congressional Campaign Committee, said he hasn’t encountered any mailers from PACs or nonprofits on the other side of the aisle in Washington’s 3rd Congressional District yet.

“I haven’t seen anything from our side,” Orellana said. “I’ve seen some other mailers go out in other districts across the country from outside groups, but we’re finding out when they actually hit the mailboxes.”

The DCCC has been focused on digital ads, he said — like an animated one released last week that lambasts Herrera Beutler for not opposing tariffs by showing the price of consumer goods ticking upward.

Have you received any other campaign mailers in your mailbox? Let me know in the comments, or via email at calley.hair@columbian.com.