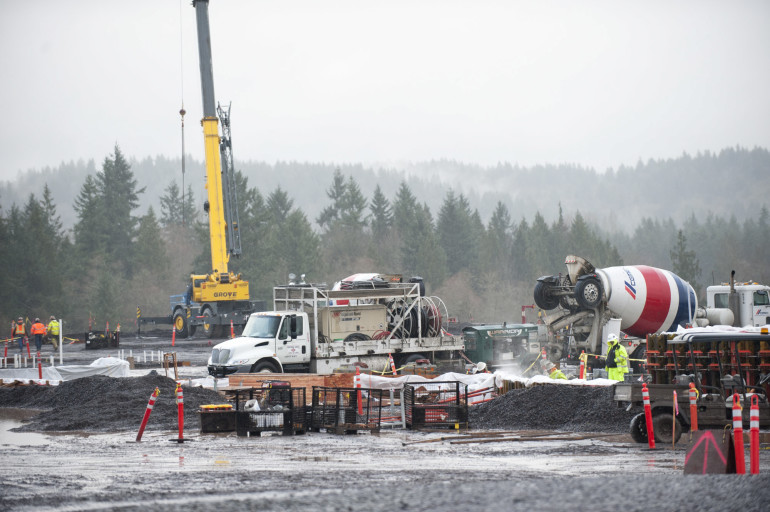 Things are looking up, though everything can still go wrong for the proposed Cowlitz casino — a federal appeals court rescinds the tribe’s reservation, the county council somehow overcomes tribal sovereignty and jurisdiction, financing falls through. But it’s the city of La Center that currently holds the keys to the project.

After Wednesday night’s workshop over an agreement needed to get on with the privately funded, $32 million Interstate 5 upgrade at Exit 16, it looked like the city council’s tensions are easing.

Of course, that agreement was supposed to pass last week, and there won’t be a vote on it until next year sometime. Apparently there’s still some negotiating to do — some terms to solidify, see.

Is the city shaking down the tribe to force as many concessions as possible? Maybe. You can’t blame La Center, though, since more than half of the city’s budget is supported by its cardrooms, and a new casino outside city limits will hurt those revenues.

On the other end, is the casino group trying to buy the city’s complicity? Could be. But with hundreds of millions of dollars at stake — to be invested, and to be earned — the Cowlitz and financial backers Mohegan Tribal Gaming Authority are doing what they have to in order to move forward.

As repeated at Wednesday’s meeting, both sides have learned over the years that cooperation is going to do everyone a lot more good than unilateral action (take a hint, Madore and Mielke).

La Center knows it can’t stop the casino altogether, so why not reap some benefits? The tribe is certainly aware of the economic implications of its casino, so why not lend a hand where it can?

It’s probably not going to be a win-win, at least in terms of an even split. But I’m not one to count cards.