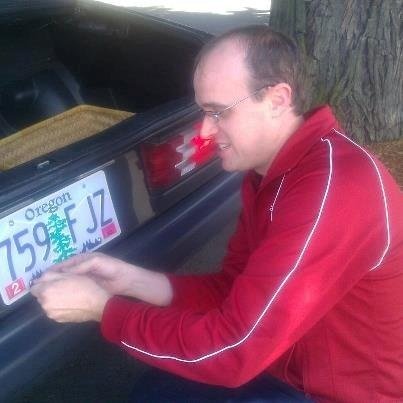 Peterson, who was running an unsuccessful campaign for state legislator, had Washington plates for the car but even after five months still hadn’t figured out how to get off the Oregon plates, as reported in The Columbian. David Madore chalked up Peterson’s plates problem to gender. “Most of us guys don’t think twice about getting a nonstandard fastener off. But women normally don’t find it so easy. Debbie, bring your car to US Digital and we will swap your plates no problem,” Madore wrote.

So Mains demonstrated that even a man couldn’t do it. Nice, right?

Here’s what Mains had to say in response: