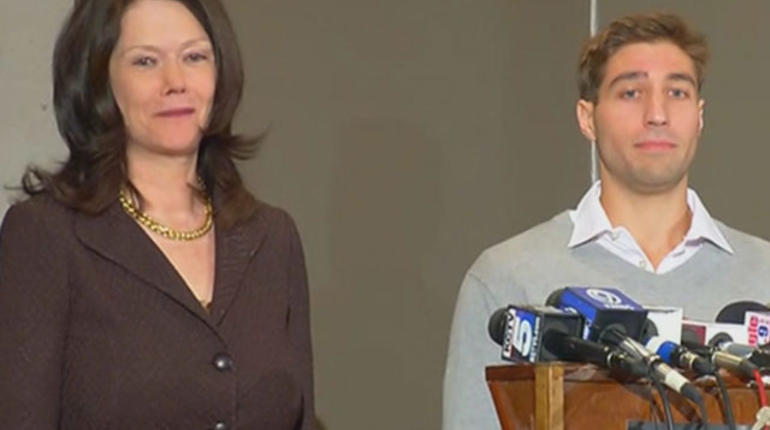 Here’s five things to know about Kathleen Zellner, the Chicago attorney who will ask a federal judge to order Clark County to pay the $9 million judgment awarded to Clyde Ray Spencer, plus $2.5 million in legal fees and costs.

1. The Feb. 3 verdict in U.S. District Court wasn’t her first multimillion-dollar victory. She’s the only attorney in the country who can claim five multimillion-dollar verdicts in less than one year. Her largest verdict was in the case of Kevin Fox, an Illinois man wrongly charged and held for eight months in the death of his 3-year-old daughter. The $15.5 million Fox verdict was later reduced, but Will County, Ill., still paid big money and had to fight one of its insurance providers in court. (Clark County doesn’t even have an insurance provider to take to court, since it wasn’t covered when Spencer was wrongfully convicted in 1985.)

2. She’s highly regarded. In 2012, Zellner received the American Bar Association’s “Pursuit of Justice” award, given annually to as many as four attorneys who have “shown outstanding merit and excelled in insuring access to justice.” In 2000, the National Law Journal named her among the top 10 lawyers who always out-prepare their opponents, putting her in the company with well-known lawyers such as Gerry Spence. Her preparedness was evident throughout Spencer’s trial. For example, when former Clark County Prosecutor Art Curtis said he needed to testify out of order because of family obligations, Zellner didn’t flinch. (Other attorneys may have asked for time to prepare for a witness who was being called out of order.) Zellner has also been named in the top 100 trial lawyers by the American Trial Lawyer’s Association.

3. She has won 15 exonerations. And that doesn’t include Spencer, who was represented by Peter Camiel of Seattle when his convictions were thrown out and the charges dismissed. Zellner’s most recent exoneration was Ryan Ferguson, who spent nearly 10 years in prison for the murder of a sports editor in Missouri. Ferguson was released in November; here he is with Zellner at a press conference. Ferguson attended Spencer’s trial, and I met him briefly during a break on Jan. 30 when I went to Tacoma to watch closing arguments. The next night, I glanced at the TV above my desk and saw Ferguson talking to Anderson Cooper about Amanda Knox. I know I’m off-topic, but it was pretty cool. I’m one degree of separation from AC 360! 4. Jessica Biel was slated to play her in a movie. The movie with Mrs. Justin Timberlake was apparently never made, but it was announced in 2009 that Biel would star in a movie, “Privileged Information,” about Larry Eyler. Zellner, in the early 1990s, was appointed to represent Eyler in his death row appeals. He was convicted of killing a 15-year-old; he confessed to killing 21 additional young men and boys. Zellner kept his secret (attorney-client privilege) until Eyler died in 1994 of complications from AIDS. Then she turned the information over to authorities. She has said the Eyler case helped transform her “into an attorney for the innocent.”

5. In a 2013 interview, she was asked, “What do you consider your most unusual accomplishment?” And here was her answer: “Obtaining the exoneration of Joseph Burrows, who was on death row with an execution date set. I was able to persuade the real murderer to confess to the murder on the witness stand at the post-conviction hearing.”

Yeah. Good luck with fighting this one, Clark County.