So, who exactly determined the charter was illegal? 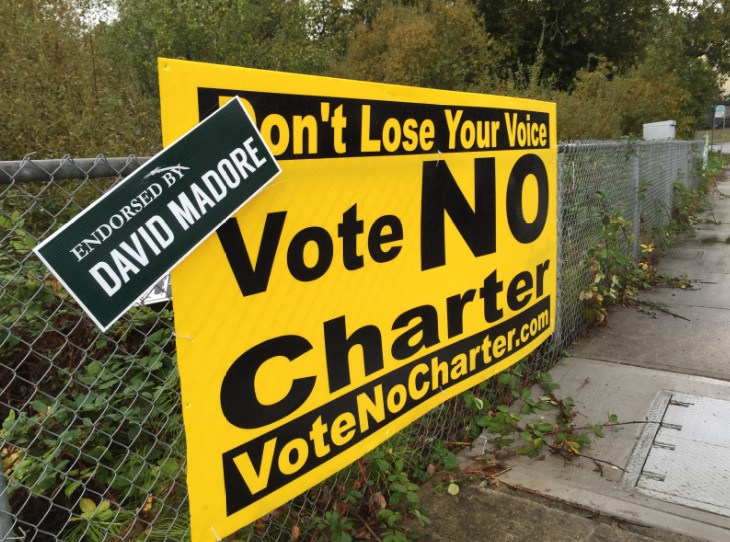 In advance of Wednesday’s county council discussion about Chairman David Madore’s proposed plan to slowly take away the voice of the people, excuse me, implement the charter that voters approved, allow me to bring you up to speed.

Chuck Green, a charter proponent who suggested a more detailed implementation plan to the councilors, filed a public disclosure request for documents that would support Madore’s assertion that charter ran afoul of state law in regard to making appointments to certain boards and commissions.

In a Dec. 26 Facebook post, Madore wrote: “Last week, we discovered that state law requires the legislative body of the county (not the executive manager) to appoint many of the citizen advisory boards and commissions. Until we researched this, we were on track to unknowingly violate state law by assuming that the process specified by that portion of the Charter was lawful.”

Given the charter was written by freeholders with guidance from county attorneys, this Facebook assertion by Madore raised a few eyebrows.

So, who at the county discovered that the charter was illegal? Certainly nobody from the Clark County civil law office. The only research that Green received was apparently put together by Peter Silliman, a former freeholder who opposed the charter and was hired by Madore and Tom Mielke to work in the commissioners’ office.  But it was simply a spreadsheet (see below).

What I’ve found out so far:

– The Prosecuting Attorney’s office, charged with being the legal counsel to the Board/Council, has conducted no research to indicate the Charter is violating state law.

– The only “research” document that my records request has turned up is a rather exhaustive spreadsheet developed by Peter Silliman, attached to my post, of the various boards, commissions, task forces, etc. to which the county makes appointments.

– There are no other documents that have been produced by anyone at the county that indicates the Charter potentially violates state law.

– Councilor Madore’s response in one of the forwarded emails stated: “The problem was not with the Charter, it was with the process that we caught and halted in an attempt to implement the Charter with too much haste as describe in my email above…”

What I can conclude from this:

– The Charter is fine and there is no evidence that it potentially violates state law. There is nothing in the research I’ve received from the county which supports the statement “we were on track to unknowingly violate state law by assuming that the process specified by that portion of the Charter was lawful”, which implies the Charter has legal issues.

– The only potential violation would have come from the County Council itself by delegating appointing authority to the county manager for a few boards or commissions, inconsistent with state law.

– The process to transition into and implement the Charter needs an orderly work plan, and Councilor Madore’s proposed “Charter Process Implementation Agreement” does not work for that purpose.

Green concluded his post by writing, “The due diligence to ensure a successful implementation of the Charter rests with us.”