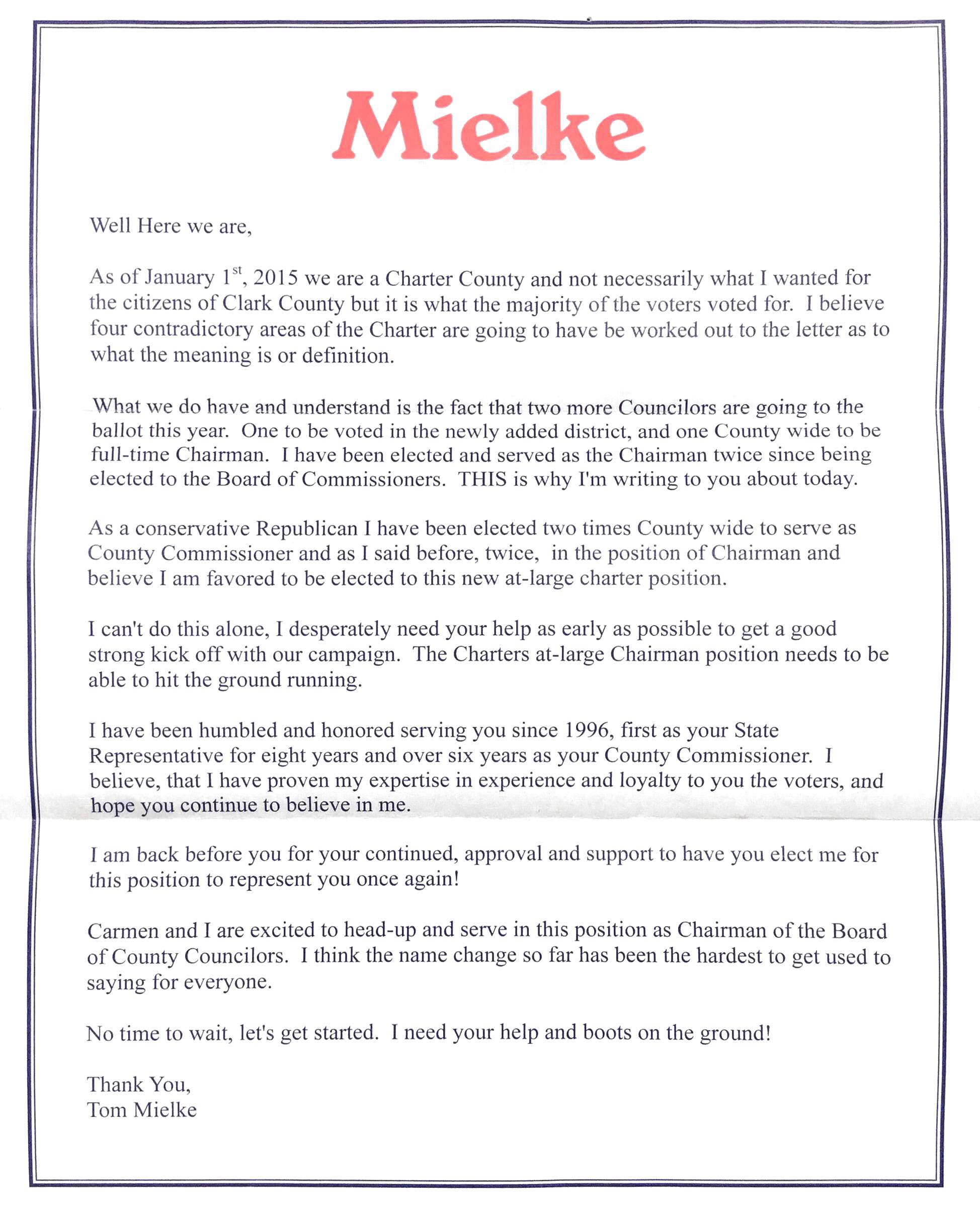 It appears Councilor Tom Mielke’s campaign for Clark County council chair is well underway. Campaign mailers appear to have gone out sometime in the last week, asking people for whatever support they can provide as he pursues the county-wide vote. A stunned reader, who asked not to be identified, sent us a copy today.

Boy, Councilor Mielke would sure benefit from a second set of eyes on his campaign literature. I’ll let you read it yourself.

Fortunately for Mielke, The Columbian has an awesome copy editing staff. One of our editors, Rob Oster, graciously pulled out his red pen to point out a whole slew of grammatical errors. Thanks, Rob! Just a reminder, Mielke is running against fellow Republicans Marc Boldt and David Madore for the top council seat.

I gave Mielke a call earlier this afternoon, just to make sure this was his letter and not some kind of prank or a first draft erroneously sent out. I haven’t heard from him yet, but will update this blog post if he calls me back.