Congresswoman is ‘deeply disappointed’ in the Port of Vancouver 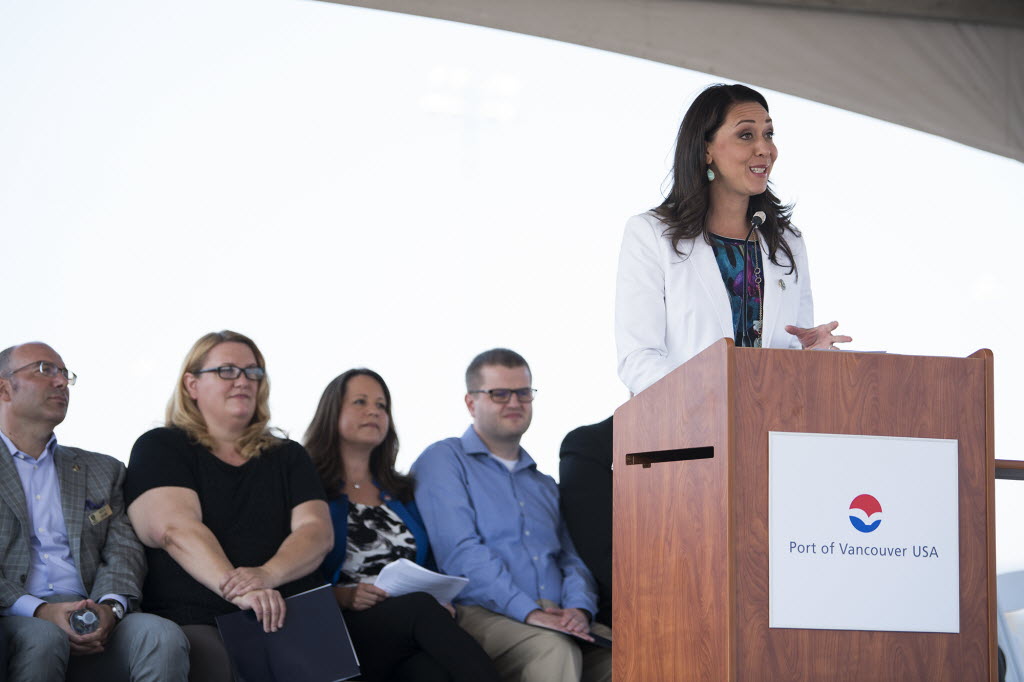 Herrera Beutler was referring to a May 10 letter, drafted by a coalition of groups across Washington —  ports, utility districts and business owners —  opposing Gov. Jay Inslee’s $750,000 plan to establish an advisory body that would study breaching the lower Snake River dams to try and boost salmon population. The advisory body is part of Inslee’s Killer Whale Task Force, a group looking for ways to improve the dwindling regional orca population.

“Extreme measures such as dam breaching have been studied and rejected many times over the years,” the opposition letter stated. “Instead of pursuing this divisive path, we need to renew our investments in fish passage, habitat and other river improvements that have led to a dramatic increase in Snake River fish returns over the past ten years.”

The Port of Vancouver was not one of the letter’s 32 signatories, an omission that apparently caught Herrera Beutler’s attention.

In her statement to the port commissioners, Herrera Beutler cited the hydropower generated by the Snake River dams, calling hydropower unmatched among reliable clean energy sources.

“Estimates show that it would take three nuclear, six coal-fired, or fourteen gas-fired power plants to provide the peaking capacity of the four Snake River dams alone,” she wrote. “At this critical juncture, now is not the time to remain on the sidelines.”

So where does the port stand on breaching the Snake River dams? And why didn’t they sign on to the formal opposition?

According to Magan Reed, communications specialist at the Port of Vancouver, the answer isn’t all that interesting. The port didn’t sign onto the letter because it’s already a member of three separate associations who did: Washington Public Ports Association, Pacific Northwest Waterways Association and Association of Washington Businesses.

“These associations exist to advocate for projects and policies on behalf of their members,” Reed wrote in an email. “While the commissioners have not taken a formal position by means of any official action, the port has always recognized the important role the Columbia-Snake River dams play for navigation, energy, flood control and trade.”

I reached out to each of the port commissioners individually, too, to see if they had any personal views on the issue. Of the three, only Don Orange got back to me.

He said he was pretty taken aback by the strong tone of the congresswoman’s letter (he also hadn’t realized it was an open letter, until I called it that in our conversation).

“I’m not actually used to having congresspeople, or what have you, lobbying us to take positions. It was kind of a shock to me. I guess she’s irritated that we haven’t taken a position,” Orange said.

“I’m a little bit surprised. I’m usually on the other side. I’m kind of an activist, and I’m usually in the habit of trying to rattle the cage of an elected official.”

On his personal views of breaching the Snake River dams, Orange chose his words carefully:

“There’s people on both sides of that (debate) in this part of the country, and truthfully, there’s economic arguments, there’s environmental arguments, and the port is — I guess I would say the port is an asset of the people of the port district,” Orange said. “While certain business interest are part of that, that isn’t all of it.”

“I am not an expert on what goes on with the dams, with the orcas. There are many people who tell me that what we have in the Snake River dams is hurting the ability of our salmon to survive. There are arguments on the other side that this just isn’t a problem and the dams are needed for navigation. And the dams definitely provide a benefit to navigation —  that provides an economic way to move freight to Vancouver,” he continued. “The governor’s bill has passed and is law and is funded. If I had a chance today to vote against funding the governor’s bill, would I have? I think I probably wouldn’t have.”