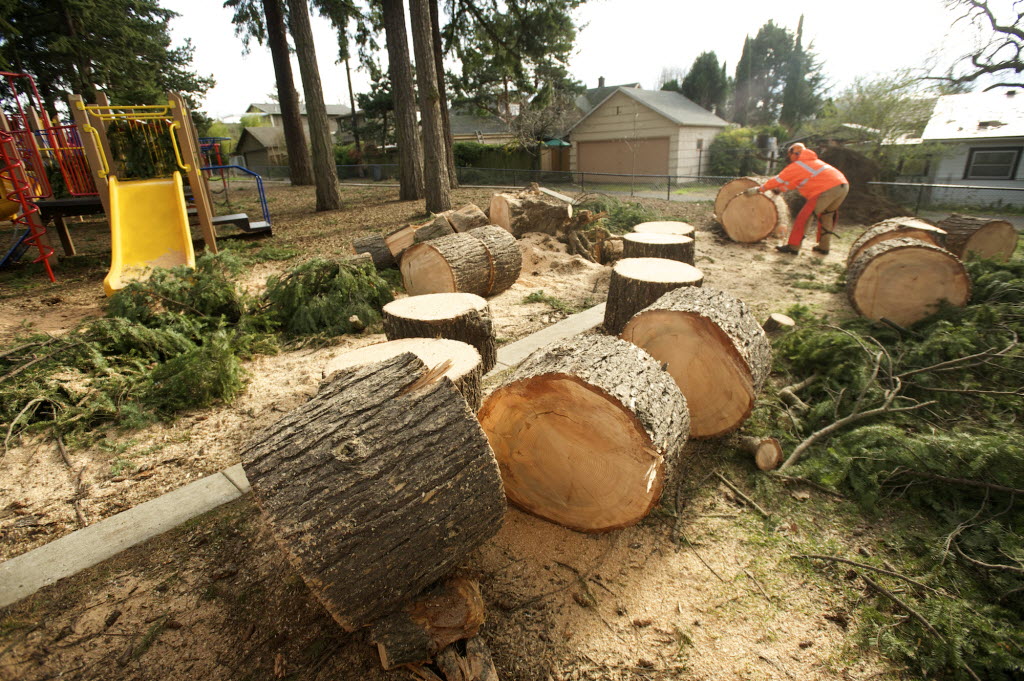 In Tuesday’s newspaper, on the cover of the Clark County section, we had photographs of trees in Carter Park that had come down during the Dec. 11 windstorm and were being sliced up by a city of Vancouver employee.

I wrote a few paragraphs to go with the photos that covered just the basics: Who, what, when, where and why.

What I didn’t think to include was where the wood actually ends up. That’s a question readers had, though, so allow me to set to record straight: No, city employees do not keep the wood.

Loretta Callahan, spokeswoman for the city’s public works department, said there are different uses for different types of woody debris. For example, some can be stored and used in the restoration of the Burnt Bridge Creek Greenway. There have been times, Callahan said, when the city has hired a contractor to remove several trees and a nonprofit organization that wants the wood has been able to get it through the contractor.

There are also times, she said, when trees are cut down and the rounds are left and when crews go back to pick them up, they are gone. But the city doesn’t advertise that people can come and pick up wood, she said, due to limited resources to take and handle requests as well as for liability reasons. She said she knows it’s difficult for people to hear, but the trees that came down during the windstorm will end up where other city wood ends up, which is at H & H Wood Recyclers or City Bark or McFarlane’s Bark, whichever company has a current contract with the city.