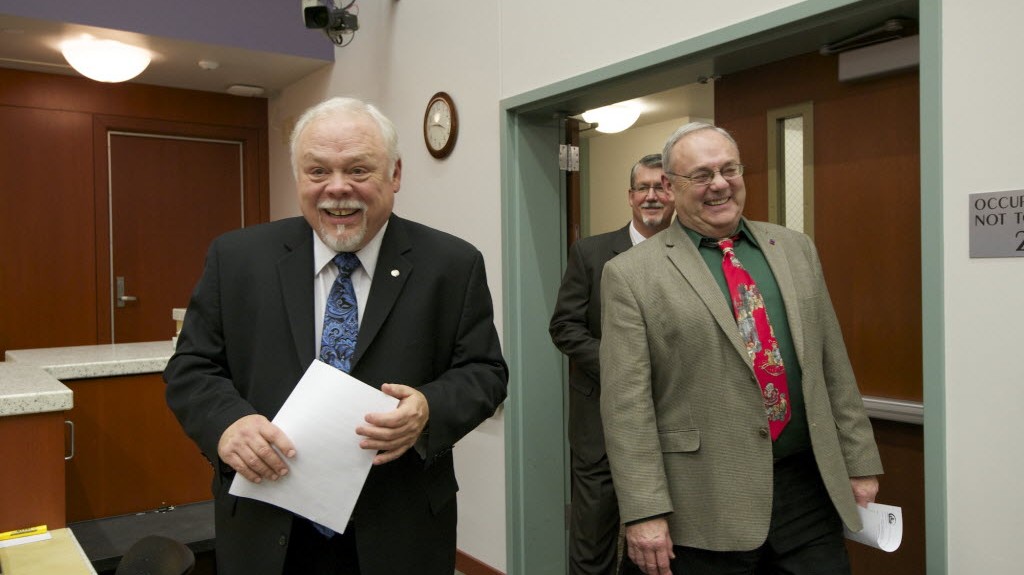 The press release, emailed Wednesday afternoon, tells the “real story” of the department’s successes under the direction of Benton. It credits Benton with settling five years of litigation against the county in his first six months on the job, refers to his “expertise in media strategy” and defends the department director and politician against baseless criticism from “a vocal three or four people.”

“Amid a cacophony of criticism and accusations of cronyism from the Commissioner’s political enemies, Benton took the leadership role in the County’s Department of Environmental Services,” the press release reads. “Things began to rapidly change.”

Mary Keltz, the director of the county’s public information office, said she hadn’t seen the press release until I emailed her a copy of it. It’s typical for the county’s outreach office to review and approve messages issued by departments reporting to the commissioners, she said.

“It’s a standard practice, it’s not a law,” she said.“It’s not written in the county code; it is the way we do things, and has been for several years.”

Ostensibly the press release is intended to highlight how Benton plans to reduce spending in his department by $7.5 million in the next biennium, saving taxpayers in the process. The press release doesn’t explain how these reductions would be accomplished, nor how the savings would be passed along to taxpayers. After all, the department is a utility fund, which means that cutting the budget doesn’t always benefit taxpayers.

However, the press release does make some bold claims.

– That Benton settled a long-percolating lawsuit, for $3.6 million, that alleged the county violated the the Clean Water Act. That’s interesting spin! What happened was that the plaintiffs agreed to the settlement as long as an outside party oversaw how the $3 million was spent. At the time, Benton said he didn’t want the plaintiffs to manage the money either. By law, however, the plaintiffs couldn’t have done that.

– That Benton replaced a director who exited the position under “cloud of adverse legal rulings.” That’s one way of putting it! Kevin Gray, the former director, resigned from his position after withdrawing a whistle blower complaint against Republican Commissioner Tom Mielke. Gray said he was being forced out of his job by Mielke because Gray had opened an investigation into a friend of Mielke’s who was also a campaign donor.

It should also be pointed out that Benton’s hiring resulted in the interim director, Anita Largent, filing a discrimination lawsuit against the county. That was settled earlier in the year for $250,000.

Gray declined to comment on the press release, saying he wanted to honor the terms of his separation agreement with the county.

After I asked Keltz about the press release, and whether it met the county’s basic standards for outreach, I received several emails from Benton questioning how I could be so audacious as to talk to someone at the county before him.

“There is no policy on this subject I am aware of,” Benton wrote, in reference to outreach. “I have issued many press releases and even held press conferences on my own since being here. Why are you dwelling on this petty issue and not on the facts of the actual NEWS in the release?”

In another email he wrote that he had always written his own press releases and would continue to do so.

Keltz said it’s not uncommon for department directors to work on drafts of press releases. However, the county’s unwritten policy calls for them to be sent to the PIO’s office before their release, so they can fit a more journalistic style.

County Administrator Mark McCauley reiterated that there were policies in place for press releases.

“The expectation is and past practice has been that department directors work with the PIO to craft press releases,” McCauley wrote in an email. “I will be reinforcing that protocol in the coming days.”

Here is the press release verbatim.

GOVERNMENT CAN DO MORE FOR LESS!

Clark County’s Department of Environmental Services under the Direction of Don Benton, Republican State Senator from Vancouver Washington, submits two year budget that reduces overall spending by over 7.5 million dollars which is 17.3% less than the previous 2 year departmental budget, while getting results.

Between 2010 and 2014 the Clark County Department of Environmental Services was becoming famous for being in violation of State law and for violating the Federal Clean Water Act.

When the previous Director of the Department departed in 2013, under the cloud of adverse legal rulings, and facing potentially 40 million dollars in civil fines, the County Board of Commissioners approved the hiring of Republican State Senator Don Benton.

Amid a cacophony of criticism and accusations of cronyism from the Commissioner’s political enemies, Benton took the leadership role in the County’s Department of Environmental Services.

In the first year the department capitalized on Benton’s expertise in media strategy and a new focus and methodology for public outreach was put in place.  Budgets were tightened and without layoffs the department cut back almost 30% of the approved spending for the Clean Water Division, while bringing the department into full compliance in State and Federal Laws.

Now the proposed 2015 – 2016 bi-annual budget has been submitted by the Department of Environmental Services to the County Commissioners for approval.  The overall request for predicted spending from the Department is roughly 36 million dollars compared to the previous biennium approved request, of roughly 44 million dollars.  This spending cutback is over 19.1% less than the previous biennium budget, and still no layoffs.

Benton still has his critics.  A vocal three or four people, consistently attend County Commissioners meetings attempting to criticize the Department and Benton in particular.  A recent anonymous complaint to the State Auditor’s Office, was found to have no merit.  In fact no legal or government entity has ever found anything inappropriate or unethical about Benton’s hiring. In spite of these facts his political enemies persist in making these false claims of unethical conduct

Benton confidently points to his record over the last 18 months as to why the criticism is baseless. “When I stepped in as director this department was broken.  The requested budgets had the department on a spending trajectory that would double every ten years.  I was told to fix the fiscal problem and get results while doing it.”

Benton adheres to his fundamental republican philosophy that smaller government is better government.

“Our budget request this biennium is almost 8 million dollars less than the previous two year request and hopefully the one after this will shrink even more. We are doing and have done more for less.  Government can work and work efficiently, while protecting the environment.”

Benton points to the record attendance at the last Recycled Arts Festival, and the approximate 300% increase in visitors to the website for the Green Neighbors program. “We have increased attendance at our events and visits to our website while spending less and being more effective with our outreach dollars. The proof is in the pudding” Benton states while examining a graph showing the dramatic spike in website visits and hazardous collection tonnage.

“Maximizing our dollars has included moving on critical habitat preservation through our Legacy Lands program.” Benton has approved purchases of critical bald eagle nesting habitat and other sensitive riparian habitat.

Benton pointed out that “we had more people complaining when I took this job 18 months ago, and hopefully there will be even fewer as they see all the great work we are doing in this department.”

The more people that find out the ‘real story’ of our Department’s successes the fewer complaints the Department and Benton will have.

The proof is in the pudding.