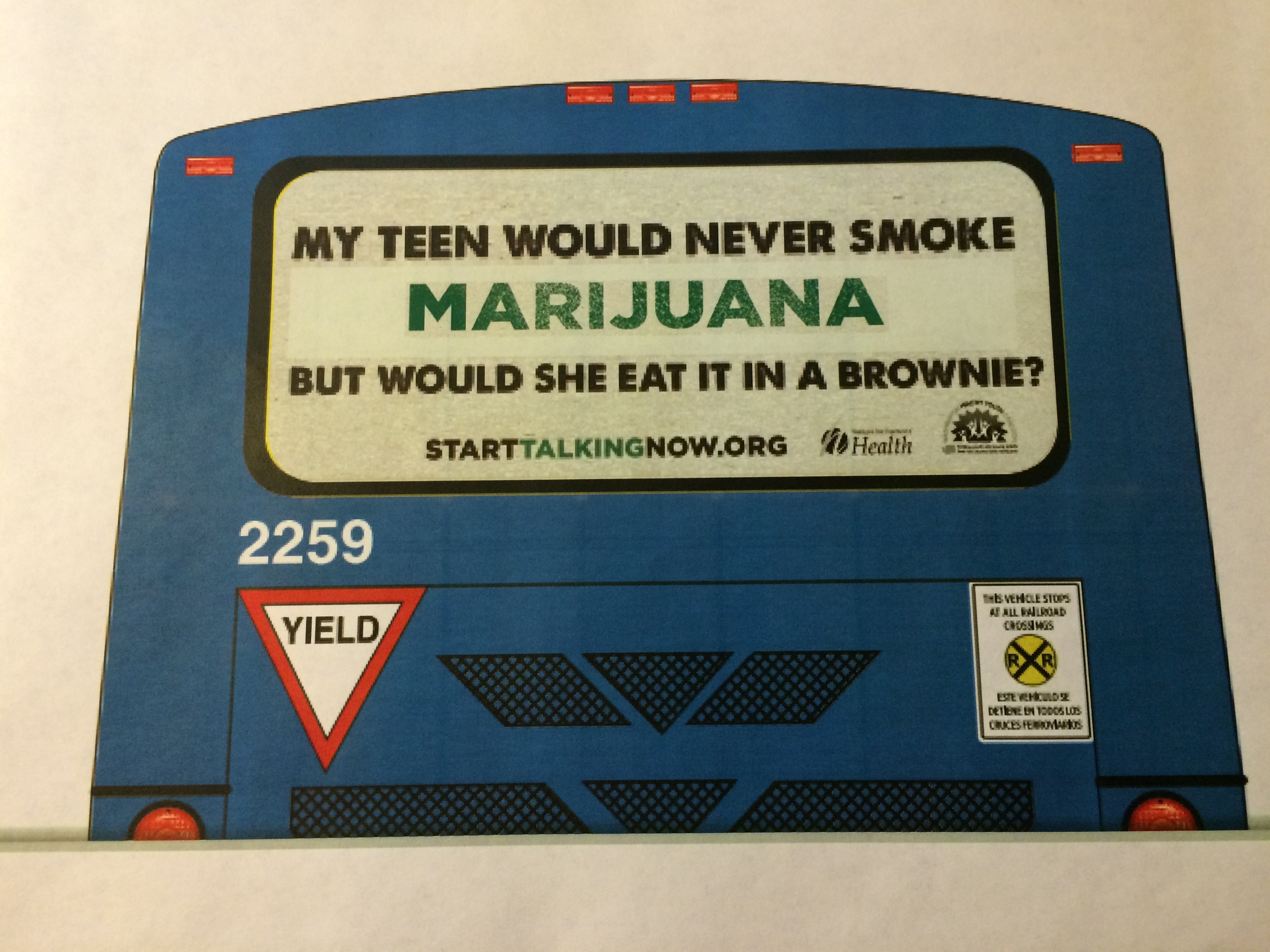 A state Department of Health anti-marijuana advertising campaign backfired when people complained, thinking the ads were promoting the sale of pot.

The ads, which say, “My teen would never smoke MARIJUANA but would she eat it in a brownie?” were featured across the back windows of C-Tran buses in Vancouver. At the bottom of the ad is the website StartTalkingNow.org and logos for the state DOH and the Washington Healthy Youth Coalition. In an email to a Vancouver city councilor and Vancouver city executive staff, C-Tran Executive Director Jeff Hamm said the ads had generated “a fair amount of attention and a bit of confusion.” The problem is that the word MARIJUANA dwarfs the other words on the ad, which seemed to overshadow the public service message, he said.

In response, C-Tran worked with Lamar Advertising, C-Tran’s contractor for the bus advertising program, to modify the ad to increase the size of the message and shrink the punch of the pot.