Blimey: A lime crisis in our midst 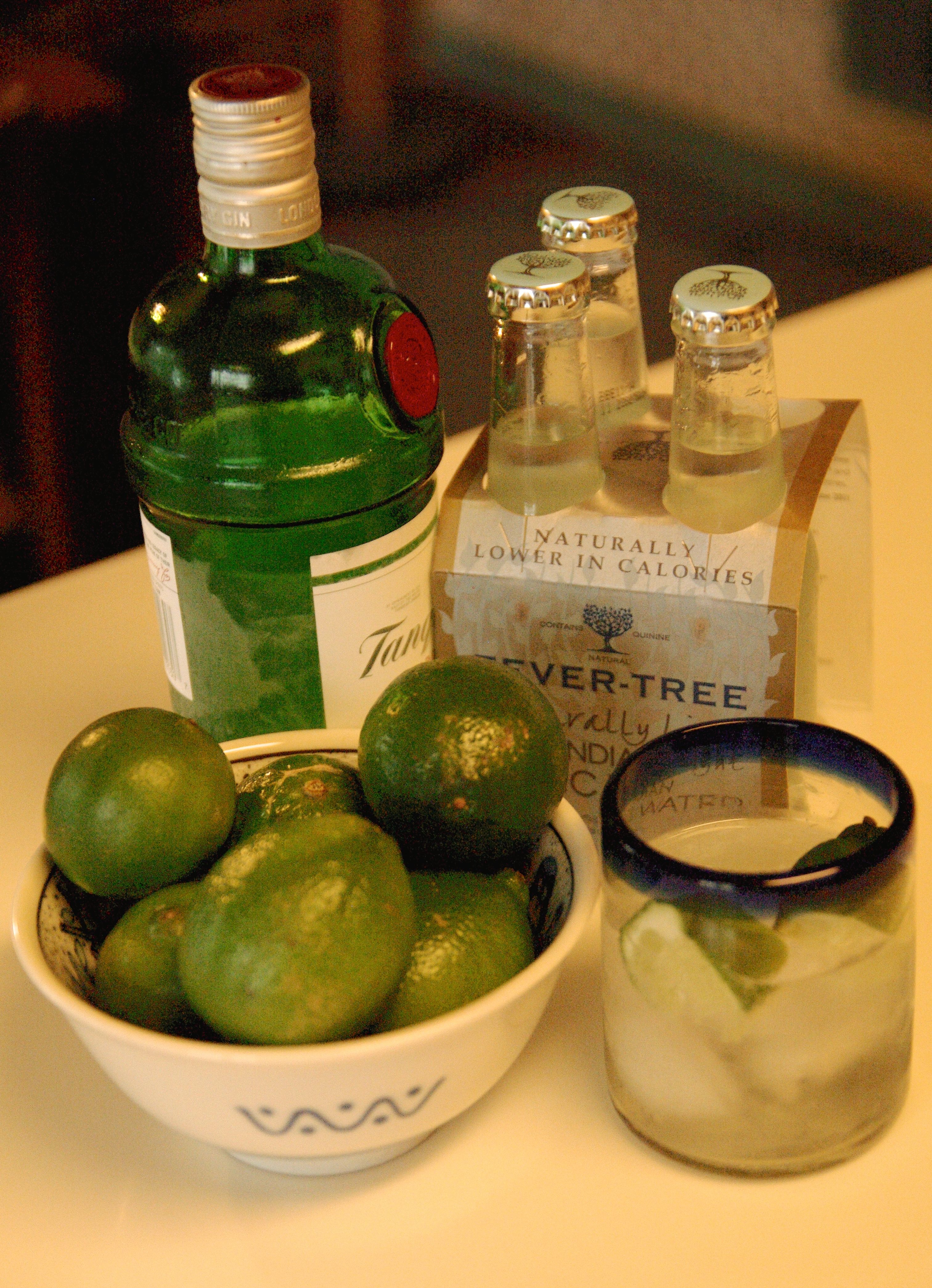 All the makings of my favorite cocktail: the gin and tonic.

I always ask for two limes in my gin and tonic. That might have to change.

Just as G&T season is getting underway — though for some of us it runs year-round — lime prices are squeezing the pocketbook. That’s a result, I’ve read, of bad weather and a disease that’s killing the citrus trees in Mexico.

At Fred Meyer this week, limes were 98 cents each; at New Seasons, they were $4.98 a pound. I bought five limes at Fred’s and then weighed them. They were 1 pound, so the prices at the two stores were pretty much even. But I’ve noticed that the limes I’ve bought recently are woody and not so juicy. That’s bad news for mojitos and daiquiris as well as my go-to gin and tonic at cocktail time. It’s also not good for Mexican and Vietnamese restaurants, either.

According to The Seattle Times, some bars are raising prices for drinks with lime juice. And the reporter swears she hasn’t seen a lime on a G&T for weeks. Let’s just hope this lime crisis doesn’t last too long.